Last Thursday, 14 people were indicted on federal charges of Los Angeles Medicare fraud, after billing Medical and Medicare for over $6 million in medical services that were either never performed or completely unnecessary. 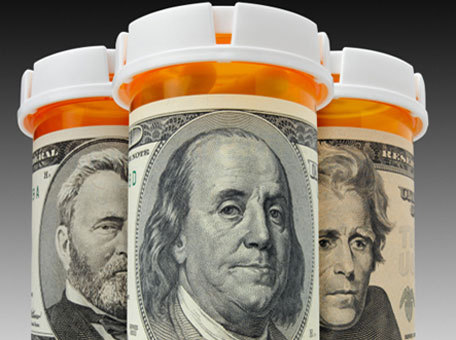 The five-count indictment is against Lake Medical Group (based here in LA). The scam artists allegedly bilked insurance companies out of over $2.7 million in Oxycontin-related sub-scam. According to a Thursday report in the San Francisco Chronicle, so far 10 people have either surrendered or been placed under arrest. Pharmacist Theodore Yoon, as well as two doctors – Dr. Morris Halfon and Dr. Eleanor Santiago – were among those who allegedly conceived of and perpetuated this Los Angeles Medicare scam.

Here are the gory details, courtesy the San Francisco Chronicle article: “Investigators said the scam between August 2008 and February 2010 involved the clinic using recruiters known as “cappers” who brought in Medicare and Medical patients who were often issued a prescription for Oxycontin. They were offered up to $500 to get the prescriptions filled… Runners took the patients to pharmacies, including some run by Yoon… the clinic’s administrator was given the pills that were then sold on the street for roughly $25 a piece [the pills usually sell for around $6 each].”

Here is another interesting line from the article: “The clinic and some of its staff also are accused of generating prescriptions for people whose identities were stolen and never made a visit.” The so-called “runners” were vital conduits for getting the Oxycontin into the black market.

Obviously, there are multiple aspects of the story that are viscerally disturbing. Our state faces a fiscal crisis, our entitlement systems could be charitably described as “in tatters” and we have more than enough people already addicted to painkillers and other narcotics.

All that said, it’s important not to rush to judgment here.

If you’ve recently been charged with a Southern California white collar crime, like Los Angeles credit card fraud or Pasadena insurance fraud, you deserve a fair, comprehensive, and strategic defense. Moreover, even if you did participate in a scheme or conspiracy, the actions you take from this point forward can profoundly affect not only your potential sentencing but also your ability to practice medicine and your professional reputation.

In other words, even if the charges you face are extremely serious – and jail time seems inevitable at this point – don’t abandon hope. Los Angeles’ Kraut Law Group can provide a systematic, clear, and compassionate assessment of your defensive resources and help you identify precisely what you need to do (and perhaps more importantly, what you should NOT do) to pick up the pieces of your life and put them back together again.