Los Angeles petty theft is a crime in which someone takes money or property that’s worth $400 or less. Both shoplifting and petty theft are charged according to California Penal Code Section 484 PC. 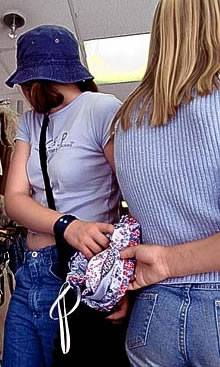 If you’re convicted of this misdemeanor, life can quickly become quite unpleasant. Depending on what you stole, you could face huge fines, forced restitution to the person you stole from, half a year in jail, community service, probation, counseling, and more. But that’s not the beginning of your woes – or even close. In fact, if you have a prior conviction for Los Angeles petty theft, prosecutors can leverage another law, Penal Code Section 666, to elevate misdemeanor theft into a felony. In other words, say you get convicted of petty theft for shoplifting some shoes. Then, years later, you commit a second petty theft — swiping lottery tickets, let’s say. The prosecutor can try to hit you with a felony charge the second time around. If he or she succeeds, not only will you face the same penalties we discussed above (just writ larger), but you could also face up to three full years behind bars!

And it’s not just a second theft arrest that you need to worry about. If you ever get arrested again for other crimes – even crimes having nothing to do with theft, fraud, larceny, etc. – you may face stiffer penalties thanks to your criminal history.

The alphabet soup of the California Penal Code can confuse even defendants who study hard and strive to understand their charges thoroughly. Fortunately, there is no need for you to try to strategize your own defense in a vacuum. In fact, building your defense alone can be extremely dangerous, not only because you run the risk of losing and facing stiffer penalties than you might otherwise but also because the consequences of a bad verdict now can influence your life for years, if not decades, to come.

Southern California petty theft attorney Michael Kraut of the Kraut Law Group (6255 Sunset Boulevard, Suite 1520, Los Angeles, California 90028) can answer urgent questions and help you begin to construct a sensible, strategic, and aggressive defense to meet your charges. As a former prosecutor who has great relationships with his old colleagues and a deep understanding of the justice system, Mr. Kraut has skills and tenacity to get you results.