If you think that your Los Angeles Medicare fraud charges are serious, consider them in context to the charges leveled against 63-year-old Jonathan Agbebiyi, a gynecologist in Livonia who was just gobsmacked with a 5-year jail sentence and nearly $3 million in forced restitution. 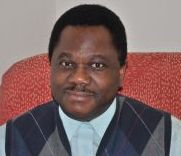 The evidence against Agbebiyi was diverse and powerful. Court documents showed that employees at his clinics administered tests without training. Patients were recruited to the clinic not by referring physicians but rather by less savory means. They were lured by promises of prescriptions for narcotics, cash, and even fast food. Clinics also billed Medicare for diagnostic tests that were never needed.

The crackdown on Agbebiyi was part of a much broader national crackdown conducted by the Medicare Fraud Strike Force. Since 2007, this team has come after 1,330 (and counting) defendants across the U.S. for defrauding Medicare out of over $4 billion.

Given the reelection of President Obama, it’s highly likely that the government’s relentless focus on ferreting out and prosecuting cases of Los Angeles healthcare fraud and other similar case, such as insurance fraud and identity theft, will continue unabated.

What does it all mean for you?

The implications of this news story – and others like it – depend, of course, on:

• The nature of offenses that you allegedly committed;
• The actions that you’ve taken to this point to defend yourself (or accidentally made the situation worse);
• Your past criminal history (if you have one);
• And other factors.

The team at the Kraut Law Group in Los Angeles can examine your circumstances and help you develop a strategic response to the fraud charges. Connect with attorney Kraut today to explore your most sensible, knowledgeable, and efficient defensive options.