In case you are under the false belief that your recent Los Angeles petty theft charge would result, at worse, in a metaphorical “slap on the wrist,” think again. 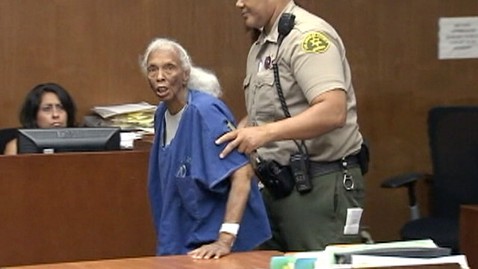 Why on Earth would prosecutors bring down the hammer so hard on an octogenarian? The answer has to do with Ms. Gamble’s history.

According to a spokeswoman for the District Attorney, Ms. Gamble had a rap sheet dating back half a century. Most recently, she allegedly stole cash from physicians’ offices by “hiding out until closing time, then pilfering from the cash drawers.” She also fessed up to four different previous burglary convictions. Her criminal record dates all the way back to 1955, and she’s been traced to a variety of aliases. Police arrested her in August in Torrance after a detective ID’d her vis-à-vis a surveillance video.

Looks can be deceiving
When you think about charges like grand theft or petty theft in Los Angeles – or violent crime charges – you likely conjure up an archetype. Perhaps, for instance, you envision a ruffian teenagers or some tough hoodlums in their 20s or 30s. You typically do not think of 82-year-old ladies. However, the diversity of criminal defendants can surprise even grizzled prosecutors.

The key to unlocking your own defense is to appreciate the idiosyncrasies not only regarding your arrest but also your personal background. For instance, say you’ve been convicted of a petty theft before. If you have a prior, then prosecutors can try to get you convicted of a felony, which could lead to a prison sentence of a year or more. The 82-year-old Gamble may have to wait until she’s a nonagenarian in order to taste freedom again.

On the other hand, if this was your first arrest — or if there are aspects of your background that could be favorable — you may be able to leverage your history to good effect. For instance, maybe you’re an A student and good Samaritan in your community. You just made a bad decision one night, when you were out with some friend. Maybe you stole detergent from a convenience store as a joke. In any case, you can make the case that you’re a good person who made a dumb slip-up and beg for leniency.

The nature of your legal defense will also play an enormously pivotal role in terms of your sentence.

To that end, consider getting in touch with ex-prosecutor and Harvard Law School educated attorney Michael Kraut of the Kraut Law Group in Southern California. Mr. Kraut has vast and relevant experience working both sides of theft cases like yours, and he can zero-in on the most appropriate strategy based on your needs and special history.