The annals of Los Angeles healthcare fraud are filled with astonishing tales. As an expose in Los Angeles Weekly recently described in vivid detail, con artists, tricksters and “good doctors turned to bad” have engaged in diverse shenanigans to pilfer funds from the federal government’s coffers. 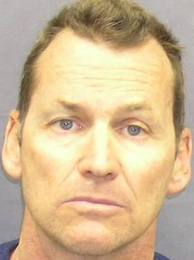 But few schemes hold a candle to an operation developed by Dr. Jacques Roy, a physician who operated a “boiler room” in Dallas, Texas that prosecutors say amounted to a $375 million scam.

According to Assistant Attorney General, Lanny Breuer, the 54-year-old Dr. Roy and his coconspirators, for years, ran a well oiled fraudulent enterprise in the Dallas area. They made their millions by recruiting thousands of patients for unnecessary services and then billing Medicare for those services.

Dr. Roy planned extensively for his getaway. He moved money to offshore accounts and set plans to move to the Cayman Islands. He even secured a fake Canadian identity (“Michel Poulin”), and investigators found a book in his possession called “Hide Your A$$et$ and Disappear.”

Prosecutors say that Roy’s company “certified more than 11,000 unique patients from over 500 home health care agencies in the Dallas-Fort Worth area.” He certified more beneficiaries — and took care of more patients — than any other medical practice in the U.S. from 2006 through 2011!

Given the stunning and outrageous nature of the 13 count indictment against Dr. Roy, you might be wondering: what took investigators so long to figure out what was going on?

Truth be told, while the much ballyhooed (and aggressive) Medicare Fraud Strike Force has racked up victory after victory, over the past several years, health care fraud in Southern California remains a bustling business. It’s difficult to know who should be blamed and what should be done.

As a defendant (or a family member of defendant), you’re probably more inclined to be sympathetic to perpetrators than the average person might be. But you probably also recognize that the system needs to be fixed and made more fair. In fact, you (or your loved one) may have gotten involved in dubious dealings because you felt “fed up” with the health care system — or some aspect of the health care/insurance bureaucracy. You thus decided (unwisely!) to step outside the system and “get yours” — or something to that effect.

The point is that, given what’s happened, you need a solid plan to help you pick up the pieces and respond to the charges. Attorney Michael Kraut of the Kraut Law Group is an ex-prosecutor who spent a decade and a half in the District Attorney’s Office, prosecuting cases just like yours. Attorney Kraut and his team can advise you and help you move forward with an appropriate white collar defense.