You got recently arrested for DUI in Los Angeles. You’re probably under the impression that your blood, urine, or breath tests were precise. 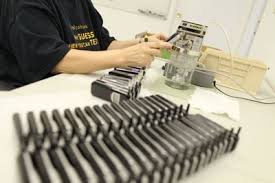 Perhaps… but not necessarily!

Per a recent story in Los Angeles Times, an Orange County crime lab is reviewing thousands of DUI tests for inaccuracies. As many as 2,200 Southern California DUI arrests may have be tainted by inaccurate BAC testing. Nine of those cases involve people who’ve already been convicted for DUI. The OC’s Board of Supervisors — along with Sandra Hutchens, an OC sheriff — have asked state officials to scour the case standards and lab procedures used in these DUI cases. Lab director, Bruce Houlihan, hopes to reboot what called the “public confidence in the system.”

How were the Los Angeles DUI blood test issues found?

Officials discovered them during an audit. One machine was off by 0.001 percentage points. This error affected tests taken between December 2012 and May 2013. That error may not sound like a lot, but it could have adversely affected around 1,000 samples. When you do the math, of the samples taken with the faulty instrument, approximately 100 might have underestimated the BAC results. Out of those, nine cases could actually be reopened, because the retroactive re-calibration would push those tests from 0.07% BAC to the Los Angeles DUI limit of 0.08%. Another machine was off by 0.03%! That means someone who tested at 0.010% BAC may actually have been under the limit at 0.07%.

The bottom line is: This is a mess.

These errors could change sentences for hundreds of people accused for DUI throughout the Southland. As this blog has pointed out — again and again over the years — systematic errors with breath, blood, and urine tests for DUIs seem to crop up, regularly, in different cities, at random times.

The moral is this: investigate your Los Angeles DUI arrest thoroughly.

If you have been arrested for a DUI in Los Angeles or you are under investigation for driving under the influence in Southern California, please contact Los Angeles criminal defense attorney Michael Kraut for 24/7 assistance by phone at (323) 464-6453 or toll free at (888) 334-6344 or online. We’re located at 6255 Sunset Boulevard, Suite 1520, Los Angeles, California 90028.