While we see a fair number of Los Angeles DUI arrests today, the city doesn’t hold the distinction of being the home of the first-ever arrest for DUI driving. 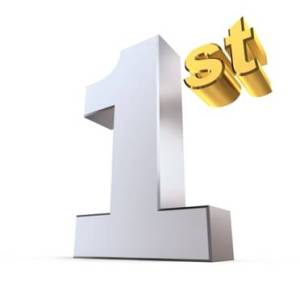 That dubious honor goes to London, where a taxicab driver, George Smith, slammed his cab into a building back in 1897. Smith didn’t contest the charge, and when he pleaded guilty, police fined him 25 shillings. (It’s hard to get an equivalent in today’s U.S. dollars, but one online expert puts it at about $17.50.)

Depending on the source you believe, either New York or Massachusetts passed the first laws in the U.S. against driving under the influence, around 1910. But those laws did not actually define what constituted DUI driving. It took another 25 years – until 1938 — before a joint committee of the American Medical Association and the National Safety Council set that limit at 0.15% blood alcohol content. Those BAC limits have been dramatically reduced since that time.

Even as late as 1980, not all states had adopted laws banning DUI. In January 1985, Los Angeles Times reporter J. Michael Kennedy wrote that “drinking and driving is legal in 26 states, according to statistics provided by the National Safety Council. Drivers and passengers can drink as they roll down the road in Maine and Mississippi, Vermont and Wyoming, so long as they are not legally drunk.” He also cited Texas, Florida and Maryland as states that had no laws against driving while drinking.

Californian Cindy Lightner, who lost her daughter to a DUI driver, helped change that with the founding of Mothers against Drunk Driving (MADD) in the early 1980s. Since that time, the organization has successfully lobbied for tougher DUI laws throughout the U.S. Today, the Golden State has strict standards; even a first offender can get up to six months in jail, pay a hefty fine and lose his or her license for up to 10 months.