What makes a story about driving under the influence in Long Beach noteworthy? A quick search on Google news reveals that the most popular Burbank DUI, Pasadena DUI, Glendale DUI, and Los Angeles DUI stories involve celebrities, scary or grisly cases, or people doing stunt-like acts while DUI, such as driving lawnmowers, jet skis, or electric unicycles. 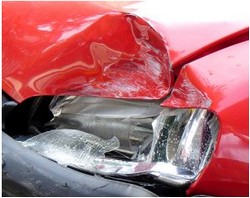 Sometimes, the ages of the participants – as well as their dramatic situations – influence newsworthiness. For instance, last week, police arrested 20-year-old Andrew Magill of Arona, Pennsylvania for driving under the influence, after his 16-year-old wife leapt from his car. Early reports did not specify why the 16-year-old leapt from the vehicle at Central Highway and Buttermilk Hollow Road at 6:15 A.M. last Tuesday. But the fall resulted in a potentially serious head injury and a DUI charge for her husband. Apparently, police are not expected to file domestic dispute charges.

This near tragedy (or, possibly, semi-tragedy) clearly illustrates that there is a fine, almost minuscule line between conventional Long Beach DUI — which is generally charged as a misdemeanor pursuant to CVC 23152 (a) or 22152 (b) — and Long Beach injury DUI, which would be charged according to CVC 23153 (a) or 23153 (b).

If all those letters and numbers confused you, we are talking about the difference between a felony and a misdemeanor – between a mild sentence and more than a year behind bars!

Even if you have the world’s best Los Angeles criminal defense attorney, your challenges become exponentially greater if you have to fight a felony count (or multiple felony counts) instead of just a simple misdemeanor.

This isn’t to say that all hope is lost. Indeed, Long Beach’s Kraut Law Group (444 West Ocean, Suite 800 Long Beach, California 90802 Phone: (562) 531-7454) can provide immediate, strategic assistance developing and moving your defense forward. Mr. Kraut is often called upon to analyze Long Beach DUI news stories for KTLA News, the New York Times, Fox News, and other major media sources. He served for nearly a decade-and-a-half as a prosecutor for the city before “switching sides” to represent defendants.