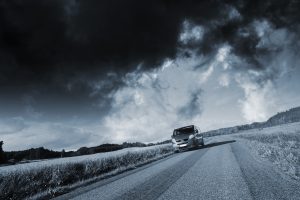 The federally funded DADSS research program has been in play for several years, exploring different ways vehicles might be equipped with technology to prevent vehicle operation if the driver’s BAC is too high. Ignition interlocks already enjoy wide use, but the breathing tube required to operate them can be cumbersome and off-putting. The DADSS program is researching technologies that can detect alcohol levels more naturally, whether in the air or through the driver’s touch.

Last fall, the DADSS began its first real-life tests of this technology in Virginia. The cars were equipped with a special non-obtrusive sensor, an air vent installed in the dashboard, that can detect alcohol through the driver’s normal breathing without the need for forced exhalation into a tube. If the device measures a BAC level over the legal limit, unlike an ignition interlock, the vehicle will start but can’t be put into gear. By allowing the car to start, the driver has the option of charging his phone in order to call a cab. Once the technology becomes available to consumers, developers believe the device may be used as more than just a punitive device for prior DUI offenders—it may also serve as an overall prevention device (for example, parents may install the device to protect their teen drivers from DUI).

Leaning into the idea of the vehicle serving as the primary deterrent to DUI, Nissan recently unveiled a concept car equipped with multiple layers of deterrent technologies. Among the vehicle’s features:

• An alcohol sensor built into the shift knob which can detect alcohol content through the driver’s perspiration. The transmission locks and the car stops moving if over-limit BAC levels are detected.
• Additional alcohol sensors built into the seats to detect the presence of alcohol in the air. When triggered, the sensors issue a voice and message alert.
• Facial monitoring. A camera aimed at the face monitors the driver’s consciousness levels based on the blinking of the eyes. If the system detects drowsiness, it triggers a voice/message alert and tightens the seatbelt to get the driver’s attention.
• Operational behavior monitoring. Additional sensors measure the operation of the vehicle itself, not unlike existing lane-changing safety mechanisms built into cars now. If the sensors detect vehicle drift, the system sends a voice/message alert and tightens the seat belt.

While it remains to be seen whether vehicles of the future will incorporate all of these features, we can see several advantages to the multi-layered approach. First, having several detection systems provides a safety net in case one of the systems fails to detect a problem. Second, some of these features may also protect against other unsafe driving behaviors such as drowsy or distracted driving, even if DUI is not a factor.

In 2014, a group of Polish scientists raised sharp interest (and a few eyebrows) by developing a laser sensor that reportedly could detect alcohol vapors inside a moving vehicle as it passes by. Effectively, this technology would enable traffic officers to detect the presence of alcohol in a similar way that they currently use radar guns to gauge speed. If developed and released, the technology could potentially radically change law enforcement tactics with regard to DUI. That said, we have not heard much more about this technology since the early reports came out—which may suggest that the legal questions and ramifications of such a device could be prohibitive. Nevertheless, we would do well to know that the technology exists and may at some point come into the spotlight.

With the exception of laser detectors, we can see one common thread among all these emerging technologies: An emphasis on preventing DUI, rather than merely punishing it. We find this development promising because while stricter laws may deter some drivers from DUI, the ultimate solution to the problem is to find ways to keep DUI from ever occurring to begin with.

If you have been recently arrested and charged with DUI and need compassionate representation, we are here to help. Call our offices for a free case evaluation.