If you or someone you love recently got stopped by police and charged with Los Angeles DUI, you are likely feeling the heat for more than one reason. Temps across the Southland will continue to be balmy at least until mid-November. In fact, September and October in Los Angeles are, on average, just as hot as July and August. This raises a pertinent question: does our strange Southland climate impact DUI events and arrests and, if so, how? And what can be done to protect drivers and bring arrest rates down? 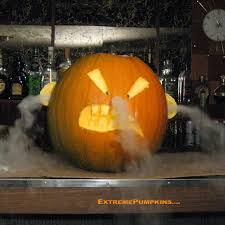 The truth is that we actually don’t have solid empirical data to answer these questions. Even if we could identify some correlation between DUI arrests and particular times of year or weather phenomena, we couldn’t necessarily draw conclusions about their meaning.

For a classic example, consider fall holidays like Halloween and Thanksgiving – times of the year when DUI rates predictably spike and which many analysts blame on the holidays. Clearly, there is some reason why DUI arrests spike during these times, but why?

• More people consume alcohol and drugs on holidays;
• More people are off work during the holidays, and thus they are more likely to be on the road. (As the total number of drivers on the road increases, the total number of DUI drivers also necessarily increases in proportion);
• Police patrol more for DUIs during these times of years, so arrest rates naturally go up because of the increased police presence;
• More people travel to unfamiliar places – as opposed to just driving to work and home – on holidays. Thus, more people will engage in awkward driving behaviors that lead to accidents or arrests;
• More people are distracted by the excitement of the holidays – and thus they’re more likely to engage in bad driving decisions that attract police attention.

The moral of the story is that it’s hard to pick out what causes what when looking at DUI prevention methods.

To create the “gold standard” science on DUI prevention, you’d have to randomize different groups and allow some groups to consume alcohol and drive while others to drive sober and engage in expensive and extensive rigorous trials that would put people at risk. Not possible, not even ethical.

Fortunately, the science of DUI prevention isn’t critical for you to know if you or someone you love has been charged with a Los Angeles DUI, and you need help with your defense.