Even if your life has been turned upside down by a Los Angeles DUI arrest, you probably have been paying at least some attention to the political news. In this post, we’ll explore 3 lessons about DUI defense courtesy of the bizarre, eyeball grabbing GOP nomination bid of real estate tycoon, Donald Trump. 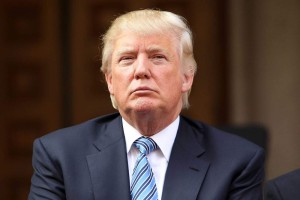 The billionaire magnate’s controversial campaign has been fueled in part by Trump’s attention getting gambits, high profile virtual catfights with celebrities and candidates and general atmosphere of anger and distresses among voters. So what can this candidacy teach us about something so seemingly afield?

It’s easy to make the argument that Trump “fights back” way too hard and against targets who absolutely don’t deserve his opprobrium and that he does so in a highly offensive fashion. But as a general rule, many defendants in DUI cases act too passively in the face of charges. Just because a police officer says that you did such and such at a checkpoint, or just because a breathalyzer clocked you at over the California’s Vehicle Code Section 23152 limit of 0.08% BAC doesn’t mean defenses aren’t available and that you can’t challenge evidence or testimony.

2. Keep a flexible stance and change your strategy, if need be.

Say what you will about him – Trump has shown a remarkable ability to adapt to circumstances. He changed his policy platforms and persona to resonate with a certain specific slice of the GOP electorate. Likewise, your DUI defense does not have to be set in stone. It’s important for you and your attorney to evolve it based on the realities of new evidence, new testimony or new strategic options.

3. Listen to your audience.

Many pundits have accused Trump of bloviating and speaking his mind, irrespective of consequences. But astute observers have noticed that he pays close attention to his audience – the people he is trying to reach. Likewise, as a DUI defendant, you want to pay close attention to stakeholders in your case, including your attorney, the judge and your alcohol counselor.