An exclusive report issued last week by the Highway Loss Data Institute (HLDI) about the efficacy of bans on texting-while-driving may have powerful implications for Los Angeles DUI policy. 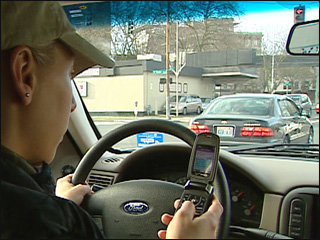 The HLDI study examined rates of accidents in Louisiana, Washington, Minnesota, and California both prior to and after the implementation of laws banning driving while texting. Although studies by places like Virginia Tech and the National Highway Traffic and Safety Administration have pretty convincingly shown that texting while driving radically increases the risk of accidents, the HLDI data counter-intuitively revealed that the laws banning texting while driving had no effect — or maybe even had a negative effect — on safety.

Ray LaHood, the US Secretary of Transportation, issued a scathing response to the study, pointing out that pilot programs in Hartford, Connecticut and Syracuse, New York both showed that driving while texting bans combined with active enforcement can work to get accident rates down.

An article in Discover Magazine, “Texting While Driving Bans Increase Crashes, Study Says; Rumpus Erupts,” tried to square the circle by suggesting that the pilot programs were fundamentally different from the across-the-board state bans. The article said: “the problem is that we are talking about apples and oranges… it’s not hard to imagine a small pilot program… achieving those reductions in texting while driving. Neither is it hard to imagine that across the country, where officers have many other simultaneous priorities… the effect [of the bans] could be mixed or negligible.”

So bringing this back to questions about Los Angeles DUI process and policy… one implication here is that policymakers need to be very careful — more careful than they usually are — to make sure that their policies yield intended results. Obviously, everyone wants to reduce incidences of driving under the influence in Burbank, Beverly Hills and elsewhere in the Southland. The question is: how do you do that? How do you respect the rights of both drivers who might be subject to risk as well as the rights of people accused of Burbank DUI?

This brouhaha over the efficacy of texting while driving bans suggests that we collectively need a more creative and data-driven approach to solving our freeway problems. So many different factors cause problems on the road, some of which we can control (such as whether we consume drugs or alcohol or not or whether we text in the phone or not) and some of which we can’t (such as the incredibly knotty Southern California traffic).

To bring this back to a practical discussion… if you or somebody you care about has been arrested for driving under the influence in Los Angeles, you need someone who understands Los Angeles DUI law on both a practical and a theoretical level.

Attorney Michael Kraut – a Harvard Law School educated former Deputy District Attorney who now works as a criminal defense lawyer – can provide a critical evaluation of your strategic possibilities. Attorney Kraut has a fantastic track record, and he is well regarded not only by past clients but also by his formal prosecutorial colleagues.