As someone who was arrested recently for Glendale DUI, you’re worried about the profound possible impact of the charges. Will you go to jail? Will the state confiscate your license… and for how long? 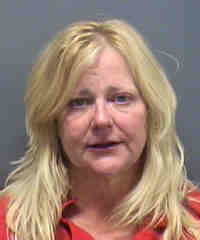 Even if you were involved in a non-injury scenario – for instance, if you just got stopped at a checkpoint on Victory or pulled over on the 134 East for DUI – your Glendale DUI arrest can be a big, big deal. A life-changing deal.

And if you face additional criminal charges, the stakes get even higher.

But DUI cases are almost never without interesting surprises.

Consider the story of Donna Brown, a defendant in a DUI manslaughter case. Ms. Brown stands accused of killing Karl Patrick, a motorcyclist, after her vehicle smashed his bike and then dragged him for miles along Florida Highway, US 41. Ms. Brown’s DUI test results showed that she had a very high BAC level – over twice the legal limit for Glendale DUI (0.08 percent). She also allegedly had marijuana in her system.

That said, the Florida Highway Patrol made a critical mistake when they tested her. They did not get a legally required warrant. As a result, Brown’s legal defense team managed to persuade a judge to prevent her blood test results from being used in her trial. In addition, the Florida Highway Patrol trooper cannot talk about the field sobriety test he put Ms. Brown. Why not? Because he was not an authority in administering Field Sobriety Tests (FSTs).

(Just to refresh you, Glendale DUI field sobriety tests can include:

Leena Marcos, a Florida Assistant State Attorney, said “The state still has a strong case with that [DUI blood test and FST] evidence not being introduced.” And Brown herself is still in jail, because she violated her probation by driving, even though her license had been suspended.

But it’s easy to see how crucial the DUI test and FST evidence might have been for state’s case.

So what’s the takeaway here?

The bigger lesson here is that, if you stand accused of a crime like Glendale DUI, you may be able to defend or deflect your charges by challenging the legalities of the police procedures used during your stop and arrest. Even if – objectively, technically speaking – you did have too much alcohol in your system – you can still get your charges dropped. If the process by which police investigated your driving, arrested and booked you was Unconstitutional — or if it otherwise did not follow “the rules” — you can beat back the charges and get your freedom back.

To understand how to build a stiff, aggressive Glendale DUI defense, connect with the team here at the Kraut Law Group. Mr. Kraut is a widely respected former prosecutor who maintains excellent relationships with stakeholders throughout the LA court system.

If you have been arrested for a DUI in Glendale or you are under investigation for driving under the influence in Southern California, please contact Glendale criminal defense attorney Michael Kraut for 24/7 assistance by phone at (818) 507-9123 or toll free at (888) 334-6344 or online. We’re located at 121 W Lexington Dr, Glendale, CA 91203.