In fairness, anyone who gets pulled over for suspicion of driving under the influence in Southern California might act a little strange. Indeed, this blog has covered accounts of DUI drivers hiding goats in their car and operating boats, mopeds, and even lawn mowers while under the influence of alcohol and/or narcotics. 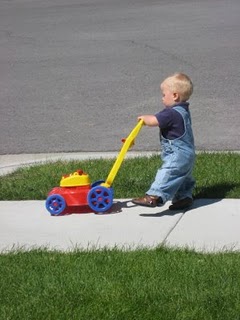 But a new level of total bizarreness might just have been reached last week, when an Ohio man attempted to weasel his way out of trouble by claiming that he was just “mowing the sidewalk” when the cops found his car stuck in a snow bank, revving furiously and going nowhere.

Obviously, crimes such as driving under the influence in Glendale, DUI in Burbank, DUI in Pasadena, and Los Angeles DUI should be taken seriously. But it’s important to acknowledge the absurdities that sometimes occur during DUI stops – not just to amuse readers but also to remember just how stressful DUI stops can be and how they can warped our judgment.

But anyway, back to the story. Steve Urbansky drove his car into a snow bank in the city of Lorain, Ohio early last Sunday morning. As Urbansky vainly tried to free his vehicle, the commotion attracted the attention of an officer, who found the 46-year-old sitting in his vehicle, desperately trying to get it unstuck. In addition to telling the officer that he was “just trying to mow the sidewalk,” Urbansky admitted to having consumed alcohol and failed field sobriety tests. The officer also found an open can of beer in his glove box. To top it off, Urbansky has two DUI convictions on his record – one in 1997, one in 1999.

Standard Glendale DUI field sobriety tests are almost certainly similar to the FSTs that Mr. Urbansky got put through.

The officer who pulls you over will ask you to perform a variety of tasks, both mental and physical, to assess your fitness for driving and determine whether to give you a chemical test, such as a breathalyzer or a blood test, to check your blood alcohol concentration.

DUI tests are fairly straightforward. For instance, you may be asked to walk up and down the white line on the side of the road – the so-called “walk the line test.” Or you may be asked to recite the alphabet backwards, count backwards, balance on one leg, allow the officer to shine a flash light in your eyes (horizontal gaze nystagmus test), and engage in other more complicated tests like the finger to the nose test.

You might think that these assessments would accurately separate DUIs from sober drivers. But they often yield inconclusive results or even false positives. Someone who has had a lot of balance training – such as a martial arts master or a gymnast – may have a relatively easy time completing the FSTs, even if he or she is over the limit. On the other hand, someone who is fatigued, uncoordinated, or simply anxious and confused, might fail, even though he or she is completely sober or at least definitively not over the California legal limit of 0.08% BAC.

A competent Glendale or Los Angeles criminal defense attorney can provide essential services during your legal crisis. Michael Kraut of the Kraut Law Group (offices in Glendale at  121 W Lexington Dr, Glendale, CA 91203 Phone: (818) 507-9123) can provide a free and important case evaluation today. Attorney Kraut is a widely admired figure in the Los Angeles DUI community. Not only did he serve for a long time as a prosecutor with the city (he thus understands how prosecutors think) but he also attended Harvard Law School and he boasts an excellent record at jury trials.