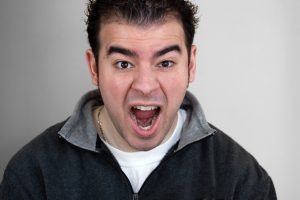 Author and motivational speaker Dr. Roopleen offers a methodical approach to recovering from setbacks in her article “11 Ways to Pick Yourself Up and Bounce Back After a Failure.” While not specifically addressing arrest, the principles she describes apply to many of life’s “low points.”. The entire article is worth a read, but let’s touch on a few of the highlights:

• Taking responsibility for what happened. “Never blame others and hold them responsible for your debacle,” says Dr. Roopleen. “Passing the buck is a sure recipe for disaster.” In the context of a DV arrest, regardless of how events transpired, blameshifting is a road that leads nowhere. One way or another, you must own your own actions before you can learn from them and change course down the road.

• Learning from mistakes. Dr. Roopleen reminds us of the words of Henry Ford: “The only real mistake is the one from which we learn nothing. Painful though it may be, failure is ultimately a teacher. Evaluating the lessons you can take from this situation may help you avoid a repeat situation in the future.

• Don’t dwell on the failure. “The worst way to deal with failure is to take it to heart,” writes Dr. Roopeen. There is a difference between owning a failure and living in it forever. Tormenting yourself with your mistakes serves no purpose but to rob you of your motivation to get better.

The Positivity Blog Suggests Habits for Dealing with Failure

Henrik Edberg offers the disclaimer that he’s not a therapist, but after blogging what he’s learned about self-esteem and personal development for more than thirteen years, he’s earned a level of respect as a thought leader. In this article in The Positivity Blog, Edberg treats failure as something that doesn’t occur just one time (which is true), and he discusses nine habits worth developing in order to process failure well. Again, read the whole article for the full effect, but here are some points that stand out:

• Find inspiration from others. Edberg points out that you’re not the first person who has failed, and learning from the failures of others may be key to moving past your own. “Learn from those who’ve gone where you want to go,” he suggests. “Read about how they handled setbacks and low-points before or during their success in books, on websites or online forums.”

• Make a plan and act on it. Edberg says that to get past his own failures, he takes a step past “processing” what happened into writing down an actual plan for what he needs to do to move forward. “Take action on that plan right away after you’ve drawn it up,” he says, also pointing out that the plan doesn’t have to be perfect or foolproof. “You can course-correct later on, along the way,” he says.

Addressing the Root Causes of Anger, Aggression and Violence

Let’s assume for the sake of argument that your domestic violence arrest did stem from an act of unbridled anger or aggression on your part—or at least that your actions could easily have been construed as DV. Failing to address the underlying issues that led to that behavior only compounds the failure and greatly increases the risk that you’ll find yourself in a similar situation down the road. The professionals at Good Therapy discuss these concerns and offer several possible paths for treating aggressive or violent behavior from a therapeutic perspective. Their advice?

• Couples therapy may not be a good idea. While couples therapy can definitely help couples iron out their differences, when domestic violence enters the picture, it can actually be counterproductive. “The process [of couples therapy] can further endanger the victim of the abuse,” they say, “and some therapists will not work with an aggressor who seems unwilling or unable to change.”

• Psychodynamic therapy can help. This form of therapy explores the deeper issues and feelings beneath aggressive behavior. “When these feelings, which may include emotions such as shame, humiliation, or fear, are expressed, protective aggression may dissipate,” says Good Therapy.

• Cognitive behavioral therapy can also be helpful. Unlike psychodynamic therapy which explores why you feel aggressive, as Good Therapy points out, CBT takes a more practical approach by helping you identify the triggers of anger and aggression so you can learn better ways to respond to those triggers.

A domestic violence arrest can be devastating in the moment, both for you and for your loved ones—but there is life after the arrest. By purposefully seeking out ways even now to become your best self later, it is possible for you to leave this terrible moment far behind. If you need compassionate legal representation for a domestic violence arrest, call our offices for a free case evaluation.