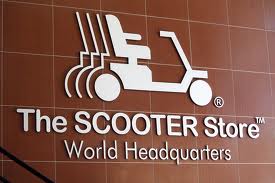 How much damage was done?

One estimate suggests that the Scooter Store overbilled Medicaid and Medicare by up to $87.7 million. The Centers for Medicare & Medicaid Services alone may have lost $50 million. The city of New Braunfels also wants $2.6 million from the Scooter Store – to pay back development money that the city lent the company to convert an old grocery store into its HQ. The company has said that it will pay back nearly $20 million; it filed for bankruptcy in the wake of all the legal turmoil.

Arrests and investigations have spiked over the past five years. The government has tremendous incentive – financial and political – to “crack down” on fraudulent schemes. It’s a particularly hostile environment for defendants. That means that you need to be extremely thorough and smart about how you prepare your defense and reconcile with the charges against you.

Recognize that you are now at a crossroads with respect to your life, your business, and your charges.

A strategically directed defense, developed and executed by a respected Southern California Medicare fraud lawyer, like Michael Kraut of the Kraut Law Group, can help you take effective next steps. However, if you don’t take your situation seriously — e.g. if you fail to retain a creditable, responsible attorney — you may be at risk of a longer than necessary jail sentence, the loss of your license to practice medicine, massive fines, and epic confusion and humiliation. Let Michael Kraut, a Harvard Law School educated ex-prosecutor, help you plan your defense.