Although there’s no such thing as a typical arrest for DUI in Los Angeles, most cases don’t stand out as memorable for police officers. But sometimes they come across a DUI suspect that they will remember—and are likely tell stories about—for years to come. 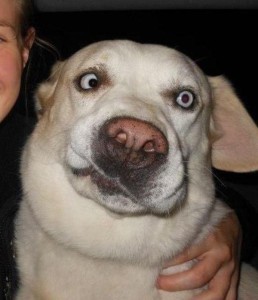 Once such incident occurred recently in Santa Rosa, California. California Highway Patrol officers stopped Christopher McFarlane near College Avenue in the early morning hours of Saturday, August 8th. According to the Press Democrat, they had seen him an hour or so before; he was a passenger in a car they previously pulled over.

Officers eventually arrested the female driver of that car on DUI charges and warned McFarlane—who allegedly appeared drunk—not to attempt to drive for a while. He agreed. But a short time later, as officers were leaving the jail where they had booked McFarlane’s friend, they noticed him behind the wheel of another car. He failed a field sobriety test and the police eventually booked him not only on DUI but also on driving on a suspended license and violating his probation. (McFarlane was on probation because of a previous DUI conviction.)

In Wildwood, Florida, 33-year-old Christina Anne Marie Lamoreaux told officers who charged her with DUI that they should arrest her dog and not her. Lamoreaux had fled the scene after hitting an apartment building with her car. When police caught up with her later in her own apartment she said she had intended all along to pay for the damage. She insisted that the accident wasn’t her fault—if they wanted to arrest someone, they should arrest the dog, who (she claimed) had caused the accident.

But officers, noticing that Lamoreaux smelled of alcohol and appeared confused, asked her take a sobriety test. When she refused, they hauled her off to jail, charging her with DUI, hit and run involving property damage and resisting arrest. (The dog apparently won’t face charges.)