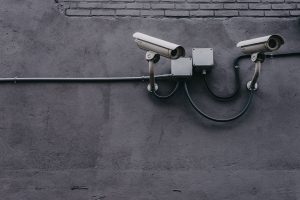 In a day when video cameras are everywhere–including on our smartphones—it’s becoming more and more common for crimes to be “caught on tape.” But what if it happens to you? Perhaps you get into an argument with your significant other, and perhaps things get out of hand. Next thing you know, you’re under arrest, charged with domestic violence, and you’re told the entire event was captured on video. How should you respond? Does the video evidence ensure that you will be convicted of a crime? What can you do to make sure your rights are protected as you move through the legal process?

The inclusion of video evidence in a domestic violence case can dramatically change the dynamics of the case, as well as your defense strategy. Here’s what you need to know.

Is Video Evidence Admissible in Court?

If someone videotapes you without your knowledge or consent, is it admissible in court? While it’s actually a crime to record confidential communications by audio or video under California’s Penal Code 632 PC, the law was recently updated to domestic violence victims to collect audio and video recordings of their alleged abusers without their consent. These recordings can be used either to procure restraining orders or as evidence when prosecuting domestic violence crimes. So while it may seem like an invasion of your privacy, if you are caught on a video in an act of domestic violence (or even issuing threats), it may be admissible in court. Likewise, if your altercation occurs in a public setting without a reasonable expectation of privacy, videos from security footage or from the cell phone video of onlookers may also be used as evidence.

How Does Being Caught on Video Affect Your Case?

If you’re caught on video in an act of domestic violence, it’s important to remember that the video evidence will likely be used against you unless your attorney can make an argument that it should be inadmissible. In most cases, the prosecution will attempt to use the video as direct evidence of your guilt, showing the video in court and asking the judge or jury to rely on it as proof that you committed the crime. As a result, your defense attorney will need to be prepared to challenge the credibility of the video evidence and argue why it should not be relied upon. This can be a difficult task, particularly if the video seems to be clear and uncontested.

While it may feel like being captured on video would mean an open-and-shut case against you, your attorney may have more legal options for defending you than you realize. Common defenses may include:

A video can be compelling as evidence in court, so your actions after the incident can have a significant impact on your case. Here are some do’s and don’t to keep in mind.

Remember that anything you say or do can be used against you in court–both during and after the alleged incident. So even if you’re angry and want to lash out at the person who captured the video, try to stay calm and collected. If you discover you are being recorded at the time of the incident, de-escalate the argument and walk away to prevent any further evidence being accumulated.

DON’T try to destroy the evidence.

Not only will this make you look guilty, but it can also be considered tampering with evidence, which is a crime in itself. If you’re already facing domestic violence charges, this will likely only make your situation worse.

DO hire an experienced attorney.

A good defense attorney will know how to challenge the video evidence and build a strong argument for why it should not be used against you in court. If the video is admissible, your attorney can also help you present yourself in the best possible light to the judge or jury and work to get the charges against you reduced or dismissed.

DON’T try to defend yourself.

Video footage has a way of convincing people, even if the footage is taken out of context. Anything you say publicly to defend yourself regarding the video (whether to friends, family, or via social media) could steer bias against you and give prosecutors even more ammunition to try and prove your guilt. Resist the urge; leave your defense in an attorney’s hands and let the evidence speak for itself.

Being charged with domestic violence in Los Angeles is a serious matter, and a conviction can have lasting consequences. If you’ve been accused of domestic violence and there is video evidence of the incident, it’s important to speak with an experienced defense attorney as soon as possible to discuss your legal options. For compassionate representation in challenging protective orders and defending against video evidence, call our offices today for a free consultation.