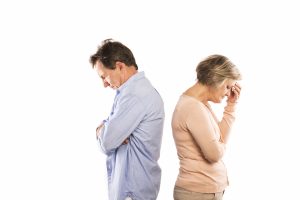 During the weeks and months of quarantine across the country as a result of the coronavirus pandemic, the sometimes-startling upticks in domestic violence cases have been well-documented across the country. A few weeks ago, we posted a blog discussing the rise in DV cases and exploring the various contributing factors (including increased stress, unemployment, close proximity, etc.). Even as life and work resume for many of us (including here in California), the recent spikes in COVID-19 may eventually spark more lockdowns—and possibly additional hotbed situations where increased domestic violence may occur.

Now that we’re several months into this pandemic, let’s take another snapshot of this issue by looking at some of the more recent news stories regarding domestic violence and coronavirus.

While police reports of domestic violence were generally on the rise across the globe, Los Angeles police officials were worried that their reports of DV were dropping. As ABC News reported in April, LAPD showed a decline in DV cases of 18 percent between March 19-April 15, prompting concern from Police Department Chief Michael Moore.

“We’re having 10 fewer crime reports each day for instances of domestic violence,” Moore said. “That’s going in the wrong direction with what we believe is actually happening behind closed doors.”

Why the lower numbers? Police believe at least part of the reason was that victims were closed in with their abusers and were less able to discreetly reach out for help. These concerns have precipitated a new initiative by Los Angeles County called “Behind Closed Doors,” a multi-faceted approach that includes posting in public places where victims might reach out secretly for help, providing hotel “safe spaces” for victims and even training delivery personnel how to detect possible signs of abuse.

Los Angeles is just one example of communities addressing the increased domestic violence on the local level. State governments are stepping up their game, as well. In late May, Governor Gavin Newsom and First Partner Jennifer Siebel Newsom announced an expanded rollout of California’s text-to-911 capabilities, making it available to roughly 75 percent of the state’s population in an effort to give victims another tool to report DV discreetly.

On the opposite coast, New York Governor Andrew M. Cuomo signed the Domestic Violence Survivors Justice Act into law in early May, a legislative piece that eases criminal penalties for domestic violence survivors convicted of crimes directly related to their abuse (e.g., crimes committed in self defense). And just this month, Governor Cuomo signed off on an expansive 40-year overhaul of the state’s domestic violence support system, introducing an array of new initiatives that include expanding the use of technology to protect survivors, flexible funding, and housing navigation services for survivors, and much more.

Uber and Lyft, the world’s two leading ride-sharing platforms, have both stepped up to provide free transportation to domestic violence victims needing a way out. Through its “LyftUp” initiative, Lyft has pledged $1.5 million in ride credits to domestic violence survivors and others in need of essential transportation. Its competitor, Uber, has taken the route of partnering directly with local governments and DV organizations in cities across the globe to provide free rides to shelters, as well as 45,000 free meals.

The U.S. isn’t the only country responding to possible increases in domestic violence due to lockdowns. At the end of May, the BBC reported that the UK’s national domestic abuse hotline had seen a ten-fold spike in traffic to its website over a two-week period, accompanied by a 66-percent increase in calls to the helpline. Authorities cautioned that the spike didn’t necessarily correlate to that many additional domestic violence incidents, but could include an increased sense of awareness and communication. In addition, the helpline doesn’t just assist with police enforcement of DV, but also with preventative measures before the fact and prosecution after the fact. However, anticipating a rise in domestic abuse due to their own lockdowns, the British government had already allocated an additional 76 million pounds (approximately $95 million US) at the beginning of May for domestic violence support at the community level.

There’s a common thread running through all these news items: Among governments, communities, law enforcement agencies, businesses, and humanitarian organizations, there’s an acknowledgment that in their efforts to protect people from coronavirus through lockdowns and quarantines, they inadvertently made some people more vulnerable to danger through domestic violence. These additional reforms and offers of free support represent an attempt to right those wrongs and provide more help to people who need it.

Perhaps the recent lockdowns or unemployment added more stress to an already volatile situation at home, or perhaps it triggered issues you thought had been resolved. Whatever the case, if an altercation at home resulted in your arrest for domestic violence, we are here to offer support in the form of compassionate legal representation to help you navigate this difficult chapter in your life. Give us a call today for a free case evaluation.