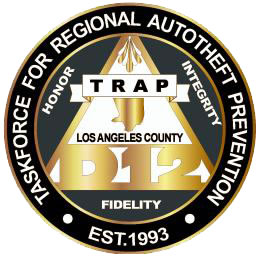 According to a CBS LA report, the Sheriff’s Taskforce for Regional Auto Theft Prevention (TRAP) located a stolen car at Miramonte Boulevard’s 6700 Block in South L.A., which led them to eight different stolen vehicles.

Police nabbed two brothers, 20-year-old Danny Garcia and 19-year-old Juan Mercado, on an array of charges, including operating a chop shop, buying a vehicle to resell, and using fraudulent identification. Both young men are being held in jail on $50,000 bonds.

Authorities are looking for the boys’ father, Juan Carlos Mercado Sr.; they’ve obtained a felony warrant for his immediate arrest for operating a chop shop. Authorities believe that the family stole over 100 vehicles: they allegedly specialized in Lexus, Scion, and Camrys and stole cars from the Valley, the Pacific, and Wilshire areas.

Their alleged operation was pretty simple, but it worked. Suspects would nab vehicles, change out the VIN numbers and then resell the cars to innocent people.

Los Angeles Grand Theft and Petty Theft: Both Types of Charges Can Be Weighty
Perhaps this family had watched The Fast and The Furious (and its seemingly infinite number of sequels) one too many times. But the reality is that stealing cars (or stealing anything – including bottles of Tide, costume jewelry, food, etc.) can lead to immediate punishments (jail time, probation, etc.) and leave you with a permanent criminal record.

A tarnished record alone can make you vulnerable in the future. For instance, if you’re convicted of a simple Los Angeles petty theft charge – like stealing a dress from a sale rack at JC Penny – and then you commit the same crime (or another crime) two years later, prosecutors can hit you with a felony the second time around.

That’s right. You could become a convicted felon (facing a one plus year prison sentence!) for stealing a bottle of Tide, waiting two years, and then stealing another bottle of Tide.

That may sound harsh, but LA prosecutors and judges are not very tolerant of recidivist offenders. Furthermore, the actions you take now (or fail to take) can have profound ramifications for your ability to get work, take out loans, and live a fruitful and productive life.

The silver lining is that you can take action now to respond energetically to the Los Angeles petty theft charges. Get in touch with attorney Michael Kraut of the Kraut Law Group to get clear on your defensive options and make smart choices going forward.