The most tragic Beverly Hill DUI arrests, at least from a narrative point of view, are ironic.

In other words, there is an inherent dissonance. When a young and healthy celebrity – someone who has everything going for him or her – crashes a car and winds up behind bars, you can’t help pay attention to the dissonance between the image of this “perfect person” and the dire straits he or she is now in. 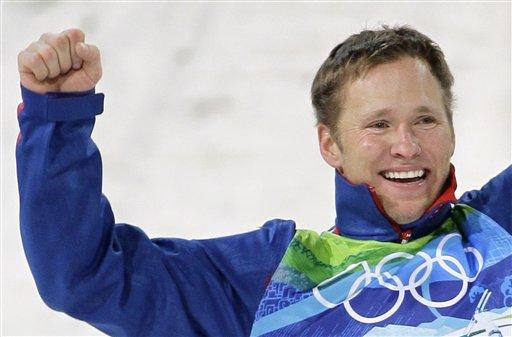 Not all stories about Burbank DUI, Pasadena DUI, DUI in Glendale, and DUI in Los Angeles have this element of irony in them. But a story last week out of Hailey, Idaho definitely had that element — tragically so. 29-year old Olympic silver medalist, Jeret “Speedy” Peterson, got arrested the Friday before last for DUI and speeding… and then things took a terrible turn.

The three time Olympian apparently had “caused a disturbance” somewhere in Sun Valley, Idaho before getting behind the wheel and driving off at a fast clip. A local police chief, Jeff Gunter, said: “when he went through Hailey, we estimated he was going 80 miles per hour, and they didn’t get him stopped until Belleview.” In addition to being hit with a misdemeanor DUI charge, Peterson also faced a charge of “fictitious display of license plates.” The Olympian had gotten in the trouble in the past. During the 2006 Winter Games, he got into a bar fight that got him sent home from the Olympics.

He was also a very decorated Olympic athlete – in addition to his Olympic silver medal, he helped win a national championship and seven victories at the World Cup.

In any event, few expected the minor arrest to end in tragedy. But it did. Just days after the arrest, and only “seventeen months after reaching the pinnacle of his career by winning a silver medal at the Vancouver Olympics… Peterson was found dead in a remote canyon in Utah in what police are calling a suicide.” (USA Today article published 7/26)

Devastating news, and a sad illustration of how DUIs can cause terrible and unexpected stresses in the lives of everyone involved.
If you have a Beverly Hills DUI case, a Los Angeles criminal defense attorney can help you understand what might have gone wrong, how to respond to your charges effectively and efficiently, and how to move beyond the arrest and charges to get a grip on your life again. Michael Kraut, of Beverly Hill’s Kraut Law Group (9107 Wilshire Blvd., Suite 450 Beverly Hills, California 90210 (310) 550-6935), is an experienced, highly reputable, compassionate former prosecutor who is devoted to helping defendants build better cases and rebuild their lives. Connect with him today to get a consultation.