If you have been hit with a Los Angeles Medicare fraud charge, you are probably frightened about the penalties that potentially lie before you. But no matter what your outcome, you will almost certainly pay less than the bill just handed to Tenet Healthcare for overcharging Medicare – a whopping $42.8 million. 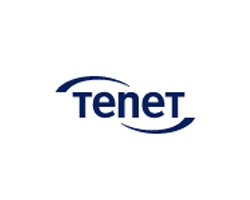 According to the Federal government, the nation’s second biggest for-profit hospital chain overbilled Medicare for a variety of services between 2005 and 2007. All told, 50 hospitals engaged in processes of moving patients from normal hospitals to pricier facilities after patients had undergone certain procedures. A Tenet spokesperson actually said that the chain was “proud of” providing extra care for patients who really probably didn’t need it.

In 2006, Tenet settled a much larger case involving overcharging Medicare – the company paid over $900 million as part of that deal. Meanwhile, Tenet has accused one of its rivals, Community Health Systems, of Medicare fraud.

Obviously, this case is immense. Spend a second just reflecting on how complicated the Tenet case must be – the thousands or perhaps millions of documents that might come into question, the sheer number of parties to the fraud, etc. If you are a doctor, chiropractor, dentist, or other caregiver who has been hit with Southern California Medicare fraud charges – or other Los Angeles white collar crime charges, like insurance fraud — you, too, may be daunted by the potential legal fireworks in your future.

Even if you established and executed a “scheme” to defraud a benefits program or commit some other illegal action, odds are that the scheme now has so many moving parts that it’s difficult even for you and your associates to track. You want to make sure that you are doing everything in your power, legally speaking, to shield yourself from harm, potentially preserve your right to practice medicine or give care, protect your personal assets, and minimize the punishments that may be heading your way.

A Southern California white collar crime attorney with the Kraut Law Group can guide you to make better decisions about your legal future and, at the same time, help you avoid getting overwhelmed by the complexity of your challenges.

Attorney Kraut served for years as a prosecutor for the city, during which time he racked up a very impressive 99% success rate at jury trials and earned a reputation as one of the brightest lights in the Los Angeles District Attorney’s Office. Obviously, no attorney can guarantee results in your case. But if you want someone who has experience fighting on both sides of extremely complicated Medicare fraud cases – and who has gotten results, time and again for his clients – consider connecting with the Kraut Law Group immediately for a free consultation.