For last several years, we’ve witnessed massive arrests for Southern California Medicare fraud and other healthcare fraud schemes around the nation. Billions of dollars have been seized, and hundreds of people have been arrested and brought to trial. The news practically glitters every week with examples of chiropractors, dentists, doctors, and other healthcare providers caught up in the dragnet. 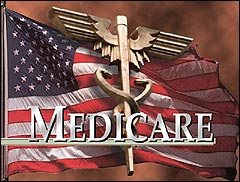 According to the Centers for Medicare and Medicaid Services, President Obama’s 2012 budget proposes a variety of new antifraud tools that will escalate the government’s fight against fraudsters and scam artists. Some experts estimate that the antifraud tools may save over $32 billion over the next decade. What are some of these new antifraud tools, and will these enhanced tactics really repair the system and prevent abuse and graft?

First, let’s take a look at some crucial statistics:

• The Government Accounting Office (GAO) estimated that nearly 10% of total outlays – around $48 billion – were “improper” in 2010.
• A cardiothoracic surgeon and Republican representative from Louisiana, Dr. Charles Boustany, testified that “Medicare fraud has become such an attractive target for criminals that the FBI and OIG have seen an increasing number of foreign criminal groups coming to America to exploit the program because it’s less risky and a lot more lucrative than other illegal ventures.”
• The House Ways and Means Committee heard testimony from a Nigerian immigrant, Aghaegbuna Odelugo, who pilfered nearly $10 million from Medicare last decade by deploying 14 different front companies to defraud Medicare by false billing for wheelchairs, DEMA pumps, and orthotics. Odelugo testified that “the primary skill required to do it [commit the Medicare fraud] successfully is knowledge of basic data entry on the computer.” Scary stuff.

The antifraud tools proposed include:

• An additional $350 million (to be allocated over this next decade) to help law enforcement detect fraud;
• Heightened scrutiny for providers who sign up for Medicare – particularly high risk caregivers;
• Increased use of recovery audit contractors for a variety of programs, including Medicaid and Medicare Advantage;
• Better data sharing and data analytics among federal agencies to identify fraud in real time;
• Centers for Medicare and Medicaid Services can stop payment immediately if a fraud allegation hits the radar.