When most people talk about solutions to the problem of driving under the influence in Southern California, they discuss prosecution and penalties. However, as the adage goes, an ounce of prevention is worth a pound of cure. It’s a plausible hypothesis that, if we can collectively improve and manage driver behavior, we could dramatically slash accident rates and road fatalities far more effectively than we do now with our system that is heavy on “sticks” and light on “carrots.” 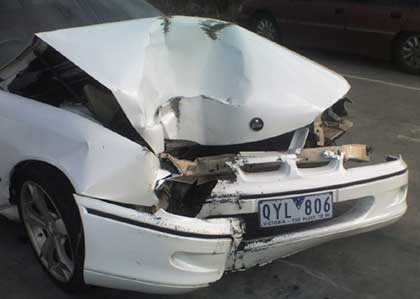 With that theory in mind, let’s examine some numbers put out by organizations like the National Highway Traffic Safety Administration, AAA, and the Insurance Institute for Highway Safety to determine the most dangerous (and safest) times and circumstances for driving.

Before we delve into the numbers, understand that accident statistics can often mislead. For instance, the Insurance Institute for Highway Safety reported that, in 2007, more than 14,000 people died during the afternoon rush hour (from 5 PM to 7 PM). If you only heard that statistic — and took it out of context — you might be wary of driving at all during rush hour. However, it turns out that rush hour is relatively safe — at least compared with the hours of midnight to 3 AM. Although the number of fatalities during the early morning hours is lower, the percentage of accidents that occur during this time is much higher. This is because, during the wee hours of the morning, the roads empty out, leaving a much higher percentage of drivers who are DUI, tired, distracted, and so forth.

NHTSA statistics show that the midnight-to-3 AM shift is 10 times more deadly then is the 6 AM to 6 PM shift. Your risk increases even more if you drive between midnight and 3 AM on Saturday and Sunday mornings — when many people leave bars, clubs, and parties with higher than normal blood alcohol levels.

Statistics also belie some of our other intuitions. January and February are safer months than August and October, for instance — even though January and February are winter months and thus have worse weather. School buses — which do not have seat belts — appear to be safer than automobiles and trucks, which DO have seatbelts. Driving a motorcycle is far more dangerous than most people realize. Wednesday is the safest day to drive, while Sunday mornings are the most dangerous. Young male drivers between the ages of 16 and 24 are around four times as likely to die in automobile crashes than average. The day after a snowfall is particularly hazardous, according to research from the University of California Berkeley, which found that fatality rates spike by 14% on the day after a big snowstorm.

To sum up, an array of factors contributes to driving danger/safety, including:

* time of day (day or night)
* weather conditions
* driver distractibility (cell phones, texting and radio in the car)
* fatigue
* locality (city, suburb, country – e.g. Burbank may have different danger-times and zones than Long Beach)
* vehicle upkeep
* road upkeep
* macroscopic social trends, particularly trends that reflect on your age/demographic group
* whether or not you or another driver consumed certain foods, alcohol, narcotics, or medications
* your level of stress
* so on and so forth
With all these factors at play, if you’re arrested for DUI with injury in Southern California, you may need an agile and astute attorney to develop a battle plan. The California Vehicle Code Sections 23152(a) and 23152(b) stipulate severe punishments for drivers who hurt other people while operating a motor vehicle with a BAC level of 0.08% or more. Punishments can depend on factors like how many people you hurt, how seriously you hurt them, whether you violated any traffic laws, and whether or not another party or parties could be partially responsible for the accident.

For help distilling a plausible and strategic approach to your defense, connect with Attorney Michael Kraut of the Kraut Law Group ASAP. As a Harvard Law School educated former LA Deputy District Attorney, Attorney Kraut has the experience, street smarts and intellect to build an aggressive defense for you.

If you have been arrested for a DUI in Burbank, Long Beach, or elsewhere in Los Angeles or you are under investigation for DUI in Southern California, please contact Los Angeles criminal defense attorney Michael Kraut for 24/7 assistance by phone at (323) 464-6453 or toll free at (888) 334-6344 or online.