Sadly, rehab programs such as certain 12-step programs can be surprisingly ineffective at helping addicts recover from alcoholism. While only a few scientific surveys of groups like AA have been conducted, the results have not been particularly compelling. Indeed, some studies have suggested that 12-step treatment is no more effective than placebo treatment. Conversely, other rehab programs have demonstrated a statistically significant success rate, and perhaps there could be something to be learned from these more successful programs that could be more broadly applied and used to decrease the problem of Los Angeles DUI. 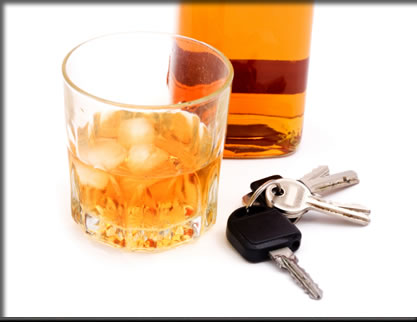 2. Increase prohibition on the use of cell phones and text messaging while driving.

4. Use “crowd-sourcing” to identify dangerous drivers.

Crowd-sourcing is using aggregated community resources to get things done. Individuals armed with cameras and cell phones can in some circumstances help identify bad drivers and thereby exert social pressure to get them to conform to the laws of the state.

5. An improving economy can lead to more prosperity and more goodwill on the roads.

A depressed economy leads to depressed and distracted drivers. If you’re fatigued, in a bad mood, and stressed about finances, chances are you’re going to be a less attentive driver. Thus, in a bad economy, chances are that collectively Californians will be more at risk for getting into accidents — DUI and otherwise. If the economy improves, however, this may likely have a salutary effect on our collective driving behavior.

6. Campaign to raise the awareness of the danger of sleeplessness.

Driver fatigue is a significant contributor to accidents. Unfortunately, most people are not aware of how dangerous it can be to drive while sleepy, stressed, or otherwise out of sorts. A simple statewide educational campaign to explain these dangers could result in safer roadways.

Clearing debris out of lanes on highways and performing other general upkeep should likewise have a salutary effect on road safety.

Studies show that the color red can inspire aggression in the minds of other drivers. Theoretically, if fewer red cars populated Southern California’s highways and byways, we might see a decrease in driver aggression and thus in accidents and injuries.

9. Improve education for minors about the ABCs of road safety.

Do you need fast, effective, and professional help with a charge of Los Angeles DUI?

If so, look to attorney Michael Kraut of the Kraut Law Group…

Attorney Kraut attended Harvard Law School and worked for 14 years as the City’s Deputy District Attorney. He boasts a deep understanding of procedure and pragmatics — as well as a track record that speaks for itself.