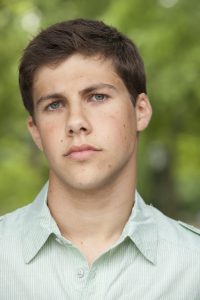 We typically think of domestic violence as occurring between married couples, live-in partners, adults who are dating, etc. But what happens when a teenager is arrested and charged with domestic violence? Perhaps the teen got into a physical altercation with a girlfriend or boyfriend, or maybe the teen allegedly attacked a parent, sibling, or another relative. What does the process look like then?

If you are a teenager facing domestic violence charges—or a parent with a teenager who’s been charged—you may naturally feel some apprehension about what to expect. Whether this was a simple misunderstanding or someone actually crossed a legal line, how will these criminal charges affect your life and future, or that of your child?

One of the most important questions to be decided in a domestic violence case involving a teen is whether to charge the teen as a juvenile or as an adult. The answer here could have profound implications. If the judge decides the case should be tried in juvenile court, the long-term effects for conviction will likely be less severe than if the teen were tried and convicted as an adult. There will be no jury trial—the judge will make a ruling based on the evidence presented. Depending on the facts of the case, the judge may sentence the teen to supervised probation, relocation to a group home, mandated treatment, or confinement at a juvenile detention facility, for example. But most importantly, the child’s criminal record will be sealed at age 18, so the crime will not follow them into adulthood.

If the judge decides to try the teen as an adult, the stakes go up considerably. Unless your defense lawyer successfully negotiates for dismissal of the charges or a plea deal, the case will go to a jury trial, where the teen may be subject to the full range of penalties if convicted—including probation, fines, jail or prison time in an adult correctional facility, and a permanent note on their criminal record.

What factors are considered when deciding to try the teen as a juvenile or an adult? The judge usually weighs several factors when making this decision, including the child’s age, any prior offenses, the likelihood of rehabilitation, and the specific circumstances of the case. If the alleged incident was severe enough to be charged as a felony (for example, if the victim’s injuries are severe or if a deadly weapon was involved), the odds go up that the teen will be tried as an adult.

If you are a teenager who was recently arrested for domestic violence, what can you expect to happen next? Let’s take a quick look at the process of bringing your case to trial:

Within three days of your arrest, you will appear in court for a detention hearing. After the judge reads the charges against you, the hearing will determine whether you will be released or kept in custody until your trial. Bail is not an option in juvenile cases, so it helps to have a skilled juvenile defense attorney to present arguments for your release. Depending on the circumstances, the judge may also grant a juvenile restraining order that prohibits you from coming near the alleged victim.

If the situation calls for it, your next hearing will be a fitness hearing, at which point the courts will decide whether to try you as a juvenile or an adult for your alleged domestic violence offense. The outcome of this hearing could have a huge effect on your case because, as we mentioned, the penalties can be more severe if you face these charges as an adult.

If the courts decide to try you as an adult, you will face a full-blown jury trial. If you are to be tried as a juvenile, your case will move to a jurisdiction hearing. This hearing is similar to a jury trial in that both sides will have a chance to present evidence, call witnesses, cross-examine, etc.—but instead of a jury, the judge will ultimately decide your guilt or innocence.

The Importance of a Defense Attorney for Teen Domestic Violence Cases

While juvenile cases are treated differently than adult cases in California, teens who are charged with domestic violence should not get a false sense of security or assume they will “get off easy.” Domestic violence is taken very seriously in this state, and a judge will not be quick to release a teenaged defendant if they believe there is a risk in doing so. Also, teens can be at a disadvantage by not fully understanding the criminal justice system and how much can work against them. For these reasons, it’s highly important to hire a criminal defense attorney with experience in juvenile domestic violence cases. The attorney will be able to ascertain the specific circumstances that led to the alleged violence and work on your behalf to get the best possible outcome—all while making sure your rights are protected.

If you are a teenager facing domestic violence charges, or a parent of a teen charged with DV, we can help. Call our office for a free case evaluation.