END_OF_DOCUMENT_TOKEN_TO_BE_REPLACED

This Los Angeles DUI blog constantly scours the national landscape (or at least attempts to do so) to identify important legal trends in the field. State lawmakers – often out of desperation – sometimes decide to “get tough” on DUI by arbitrarily imposing harsher sentencing. 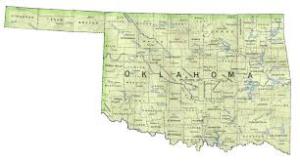 The general efficacy of this tactic is dubious, as this blog has argued in the past. If nasty anti-DUI punishments are failing as deterrents, why would slightly nastier ones suddenly succeed as deterrents. As Will Rogers once quipped, if you’re in a hole, stop digging.

In any event, let’s turn to Oklahoma, where Patrick Anderson, a local Republican Senator, just wrote and started promoting Bill 30, a measure that would ban DUI offenders from purchasing alcohol for a specified amount of time. The bill parallels a similar law in Alaska.

If Bill 30 passes, the legislation would mandate that an offender’s driver’s license be altered to include a stamp that restricts all alcohol purchases. If that person buys alcohol while banned, he or she will be sent back to court to face probation violation charges. Furthermore, the owner or managers of the establishment that sells alcohol to a restricted license holder could face felony charges.

Other laws that address issues like repeat DUI offenses and levels of intoxication would have to be revamped to accommodate the Bill 30 related changes. Further legislation modifications might be needed to address issues concerning:

Opponents of the law maintain that Bill 30 is a form of public shaming. They worry that the myriad of changes to current legislation would create confusion and sew public distrust. Opponents also complain that the law would put strain on bars and restaurants that serve alcohol, because every patron would have to be carded, including those clearly over the legal drinking age. Advocates argue that this legal tactic could serious deter potential repeat DUI offenders.

Debate over the new bill is set to open in February.

Currently, California DUI laws impose no such restrictions. The Golden State does have strict DUI laws that permit harsh sentencing. To protect yourself and your rights, contact a trusted, respected Los Angeles DUI defense attorney with the Kraut Law Group to explore your possible defenses and responses.