The Los Angeles DUI defense community is buzzing with news that the National Football League (NFL) may be revising its rules regarding how professional football players should be punished after being caught for DUI. 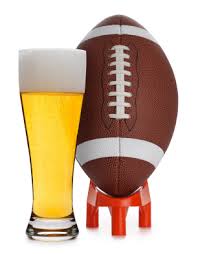 Why does the defense community at large care? What are the proposed rule changes, and what do they aim to accomplish?

Let’s address the nitty-gritty first and then talk in more general terms about why these proposed changes could have profound ramifications not just for football players and other athletes but for DUI defendants in general.

The NFL Players Association (NFLPA) and NFL are striving to change the substance abuse policy for the league. Right now, first time DUI offenders automatically get fined two game checks. The NFL wants to throw a one game suspension into the mix. The NFL and NFLPA also want to revise the rules about the human growth hormone (HDH) testing process. Both groups agree that HDH testing should be done, but they can’t figure out who should arbitrate any decisions – an independent arbitrator or Roger Goodell, the NFL’s top dog.

The policy changes seem subtle. However, they can teach us several important lessons:

The rules governing when and how DUI drivers should be punished are constantly changing, both in the NFL and in state legislatures. To that end, do not attempt to construct a defense by yourself; rather, work with an experienced attorney who understands the latest and most important legal changes.

One of the key ideas behind the NFL’s proposed policy change is that, by threatening players with even more penalties for driving DUI (i.e. a suspension, rather than just a fine), the league hopes to curb DUI behavior. However, this assumption may or may not be true. Some research, for instance, suggests that ratcheting up punishment in such a fashion does not deter recidivism.

3.    DUI behavior is a social phenomenon.

Human beings are deeply influenced — at unconscious or subconscious levels — by how their friends and peers behave. If you play in the NFL, for instance, and you see a lot of your friends or colleagues drive under the influence, you might be more likely to get arrested yourself for that crime. This is not a conscious choice – we just tend to mimic people who we think are similar to us. To that end, if you have been hanging out with a crowd that’s prone to partying and breaking the law, think about getting new friends.