All but four states in the nation have laws on the books that increase penalties for people who drive DUI while transporting children. In California, police recently arrested a man named Joel Feseer for precisely this crime and hit him with charges of DUI and child endangerment. 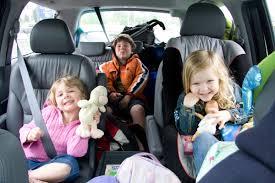 Feseer’s job consisted of driving children between schools and their homes. He allegedly flipped his Ford van north of Anderson, California while driving two autistic children. Miraculously, the accident did not lead to any serious harm. Police insisted that he failed a field sobriety test at the scene.

Child endangerment typically makes California courts far less sympathetic toward defendants. In California, child endangerment on its own can be considered a “wobbler” charge, in that the court can consider it either a misdemeanor or a felony, depending on circumstances.

Feseer, for instance, could have to contend with a sentencing enhancement for child endangerment if the court finds him guilty of DUI; alternatively, he may face separate charges. If the children had been under the age 14, his DUI would automatically trigger even more severe sentencing.

Defense strategies in cases like these typically involve some sort of plea bargain in order to secure sentencing under reduced charges. Other circumstances in the case will determine whether the charges are combined and if there are other, aggravating factors that need to be considered. It is unlikely that Feseer has ever been convicted of a DUI before if he was transporting children as a job, but anyone who does have prior convictions will automatically face harsher sentencing.

Being convicted of a complex suite of DUI charges can change your life in ways that you may not be able to anticipate. In addition to the standard punishments – being required to serve time in jail, pay thousands of dollars in fines, use a breathalyzer every time you get behind the wheel, etc – you face additional obstacles such as loss of support or confidence from a boss or partner, lowered self-esteem and higher insurance rates.

Securing representation early from a qualified Los Angeles DUI attorney can help you not only develop a strategy to fend off the charges but also examine the parenting and other life challenges that may have led you, unwittingly or accidentally, to put your children at risk.