Those facing Los Angeles DUI charges involving the injury or death of the other party may understand the plight of an Albemarle County man currently in custody. 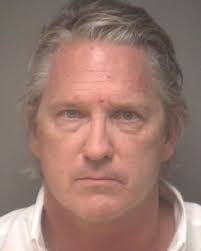 On Monday, August 18, author Donovan James Webster was arrested on DUI charges related to a car crash resulting in the death of a Virginia man.

The three-vehicle accident involved a tractor-trailer and two vehicles. Wayne Thomas White, a 75-year-old resident of Waynesboro, died in the collision. Shortly thereafter, authorities took Webster into custody, and they are currently holding him without bond on suspicion of driving under the influence.

A well-known writer, 55-year-old Webster acted as senior editor to Outside Magazine. He also wrote for high profile magazines, such as National Geographic and The New Yorker. Webster traveled across the world and worked with celebrities such as Sissy Spacek and Matt Damon on his projects; he also won multiple awards and recognitions for his work.

Unfortunately, this recent accident will likely have a negative impact on the writer’s reputation and career.

Whether you are a highly regarded celebrity or an average citizen, California law regards DUI as a serious offense. If an individual died in an accident that you caused, the prosecution can charge you with serious counts, such as vehicular manslaughter.

A Los Angeles DUI defense attorney understands the complex legal processes involved in these cases and can help defendants avoid the most severe penalties. If you have been arrested due to a DUI accident in which another person died, you may feel overwhelmed, frightened, and alone. The experienced attorneys at the Kraut Law Group can advocate on your behalf to help you present a strong case.

Contact the Kraut Law Group today to set up your free consultation and begin your defense.