END_OF_DOCUMENT_TOKEN_TO_BE_REPLACED

Would it be good news or bad news if the Los Angeles Times reported a large drop in arrests for Los Angeles DUI? The answer might depend on whom you ask. 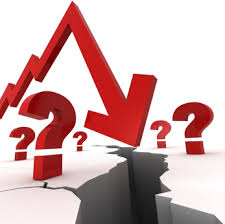 Washington State’s Kitsap Sun Business Journal recently ran a story about the decrease in Kitsap County’s DUI arrests–1,000 fewer in 2015 than in 2006. The article suggests that one reason for the drop might be more education about the dangers of DUI driving. Accident statistics seem to bear this out; in 2006, Washington State saw 8,202 DUI-related crashes; that number decreased to 5,586 in 2015.

But lack of police manpower, the complexity of the DUI laws, which require extensive police training, and the time-consuming need to obtain blood samples to detect the presence of marijuana also appear to be contributing to the drop in DUI arrest rates. At least one police official said he simply doesn’t have the manpower to keep troopers patrolling the roads like they did previously.
END_OF_DOCUMENT_TOKEN_TO_BE_REPLACED