While the typical DUI in Los Angeles involves police actually seeing someone driving their vehicle, that’s not always the case. Officers sometimes make arrests when they haven’t seen the car moving, but have good reason to surmise that the driver was DUI. 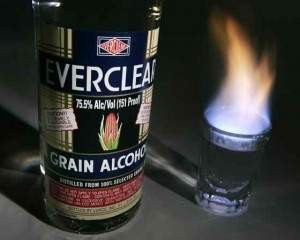 KEYE TV in Austin, Texas, reported that John Thomas Watts, 26, was trying to change his tire in a Pizza Hut parking lot when police arrested him for driving while intoxicated. Watts told officers that he had hit the curb and needed to change his tire. But Watts was finding the task difficult – not surprising when he couldn’t stand up without falling over and when he was trying to insert the jack handle into the wrong hole. Police officers also found nine empty beer cans in Watts’ front seat, earning him a trip to the booking station.

An officer in another Texas town, College Station, found Connor James Bond naked in the front seat of his vehicle with his clothes on the seat beside him. Bond’s vehicle wasn’t moving when police spotted him, but it was situated on the railroad tracks, where he had apparently stopped after driving off the road. There were two more indications that Bond might be intoxicated. One was that while the police officer was talking to him, Bond tried to start the car with scissors. The other was the half-empty bottle of Everclear liquor they allegedly found in the back seat of the vehicle.

Although California DUI laws (vehicle codes 23152-23229.1) require that someone be driving a vehicle before police can arrest him or her for DUI, prosecutors are permitted to use circumstantial evidence to prove that the accused was driving. For example, police officers will usually charge someone with DUI if they find that person is intoxicated and sitting behind the wheel with the motor still running or if the vehicle’s engine is still warm.