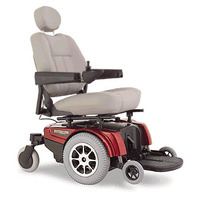 “Dr. J” was found guilty of Medicare fraud back in April. Our blog reported on Dr. J’s co-defendant, Godwin Onyeabor, who recently got sentenced to 51 months behind bars for his role in billing Medicare fraudulently and giving kickbacks to physicians. The Anaheim doctors lured patients to a local clinic by them promising juice, vitamins, and other freebies. When they got to the clinics, the patients got more than they bargained for – motorized wheelchairs and other unneeded equipment. The department plans to bring charges against two other co-defendants, Victoria Onyeabor and Heidi Morishita, in late September and early October.

The Obama Administration’s Department of Justice has been highly active in pursuing Los Angeles healthcare and insurance fraud charges. Why? Two main reasons:

1. By certain objective standards, health care fraud has reached epidemic levels.
2. Healthcare costs have grown so out of control that the government wants to do anything it can to rein in the burden.

How much jail time will you get for your Los Angeles Medicare fraud charge, if you’re convicted?

Sentencing for fraud charges in Southern California (and elsewhere) is a complicated business. Your punishments will depend on:

• The nature of the crime you allegedly committed;
• Whether you were charged with a federal crime or California crime;
• Whether you might be able to strike a plea deal with prosecutors;
• Whether you have a criminal history;
• Whether you conspired with other people to carry out the healthcare fraud
Given the complexity of your legal situation, it may behoove you to find an experienced Los Angeles criminal defense lawyer who has handled similarly sophisticated cases before. Mr. Michael Kraut of the Kraut Law Group has spent nearly decade-and-a-half as a prosecutor for Los Angeles, during which time he’s handled many very complex fraud cases from the prosecutorial side. The Harvard Law School educated Mr. Kraut can help you come to terms with the charges that you’re up against and build a stiff and vigorous defense.