Whether police busted you at a checkpoint in Santa Monica Boulevard after a late night Hollywood party or authorities booked you for Los Angeles DUI following a fender bender on the 10, you’re probably feeling pretty sheepish, embarrassed and confused. 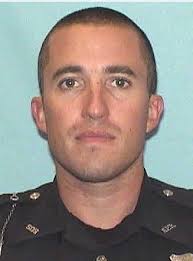 Part of you realizes that you “should have known better.”

Some degree of self-flagellation is possibly appropriate, particularly if you did violate CVC 23152 or some other driving law in a flagrant way, or if you hurt somebody. But did you know that many people who know a lot more about DUI than you do — police officers, public officials who make policy, judges, DUI defense lawyers, etc — ALSO make poor judgments and find themselves in legal hot water?

To wit, consider the strange case of officer Christopher Niezurawski, a Georgia State Patrol Officer who was just arrested for his second DUI in two years. According to police reports, Niezurawski “had an odor of an alcohol beverage coming from his breath” and had “bloodshot and watery eyes.” Of course, these symptoms in and of themselves never can prove DUI. For instance, you can have bloodshot eyes for many alternative reasons – allergies, fatigue, emotional stress, disease, irritation due to pollution, etc. Likewise, your breath can smell like alcohol for reasons that have nothing to do with alcohol consumption. For instance, perhaps you used a strange mouthwash, or perhaps an officer misattributed the smell.

In any event, this arrest wasn’t officer Niezurawski’s first DUI rodeo. In 2012, he pled guilty to DUI after driving the wrong way and causing a bus crash. He paid a $1,200 fine, served 80 hours of community service, went to jail for 10 days and served a year of probation. The Atlanta Police Department also suspended him for 15 days without pay.

Just days later, Marreese Speights, a center and forward for the Golden State Warriors, also got hit with DUI charges out in St. Petersburg, Florida. The 6 foot 11 Warrior allegedly blew a 0.103 and 0.106 respectively on two breath tests – putting him over the 0.08% legal limit for Florida (and, incidentally, Los Angeles).

The moral here is that basketball stars, police officers and people in every walk of life make mistakes and drive DUI in Los Angeles and do other “dumb things” behind the wheel. Fortunately, you may have strategies and tactics at your disposal to reduce your penalties and potentially expunge your charges all together. Call attorney Michael Kraut of the Kraut Law Group today for a free, confidential consultation about what you might be able to do.