It’s been over two decades since the L.A. riots shook our fair city; and the Southland is still rife with everyday crimes, like Los Angeles petty theft. This town can be a dangerous place to live and work for reasons that transcend the bad air quality and insane traffic. Fortunately, we’ve managed to get through over 20-plus years without our city exploding again in paroxysms of racial violence. But what have we collectively learned since those dark days of the early 90s? And what lessons have we failed to learn? More importantly, how can we understand how the changing dynamics of our city might influence you or your family member, if you’re dealing with a charge like petty theft in Southern California, credit card fraud, or the like? 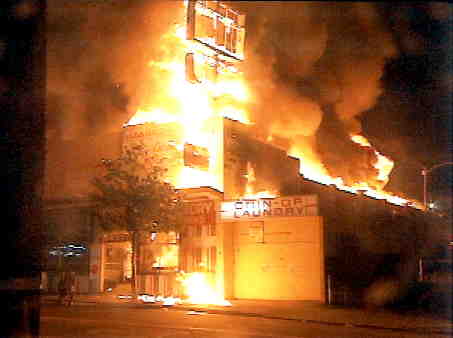 Let’s start with the big picture level. Historians often focus on the LA riots of the early 90s because they serve as spectacular examples of what happens when our civil society malfunctions. It’s easy to sort of look at the riots and contextualize them as an “LA problem.” After all, Los Angeles was and is a strangely gerrimandered entity, racially and culturally speaking. Also, the city has some pretty staggering income disparities. On top of that, it’s the second largest city in the United States, so “stuff” that happens here tends to inflate larger just by default. We have more traffic, we have more people, we have more crime than, for instance, Cheyenne, Wyoming.

Thus, while racial resentments seethed in many different cities and towns across the United States in early 90s, Los Angeles proved to be a flashpoint. Was LA’s structure partially to blame? Sure. That makes sense. Were the riots also part of a broader shift in our society – yet more “growing pains” as America continued to process its long legacy of slavery and racial segregation and discrimination? That also sounds very plausible.

The point here is that, while Los Angeles has certainly changed since the riots, the country has changed too. Our attitudes have shifted in many profound and subtle ways.

What does all this philosophizing over the riots mean for your Los Angeles petty theft situation?

The broad takeaway here is that, to understand how to build the most effective defense, you really need different perspectives — to look at your situation from various contexts. Obviously, you need the details – who did what to whom and why and when, etc. But you also need to understand your case in context. On a practical level, what can you expect from talking to Los Angeles petty theft attorney at the Kraut Law Group? What does your arrest mean in the scope of your life? What role will your arrest and charges (and potential punishments) play in the broader picture of your life?

Attorney Michael Kraut of the Kraut Law Group understands how to look at cases from various angles to give his clients best results. He served as a prosecutor for the city for over 14 years before becoming a criminal defense attorney and forming the Kraut Law Group. His unique, clearheaded vantage and relationships help him succeed for his clients.