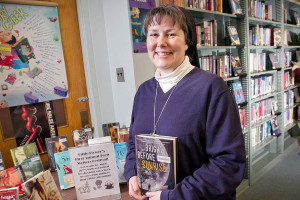 Miller said she had spent the evening at a book signing, and she admitted that she had two glasses of wine there. But both she and the bookstore owner said that the wine had been placed, corked, in the back seat of the vehicle with other leftovers so that Miller could take it home. The judge didn’t believe that statement.
Sister Miller lost her license for 90 days and paid a fine of $650; and she will attend a driver’s class because of her DUI conviction.

A driver in California convicted of DUI for the first time would face slightly harsher penalties under Vehicle Code 23152: a license suspension of six months, fines up to $1,000 and up to six months in jail.