On October 16th, 31-year-old Okechukwu Ofoegbu pled guilty to charges that he had tried to bilk Medicare out of over $1.7 million. His arrest, prosecution, and guilty charge showcase the seriousness with which the Medicare Fraud Strike Force has been cracking down on crimes like Los Angeles healthcare fraud. 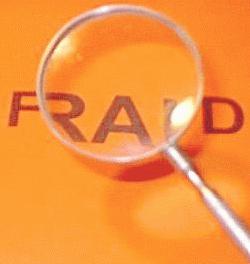 Back in May, Ofoegbu was indicted along with 106 other people, including nurses, doctors, and medical specialists of all types, for allegedly trying to falsely bill Medicare for over $452 million. The Medicare Fraud Strike Force – the group that organized the investigation and indictments – has charged nearly 1,500 defendants since the spring of 2007. Collectively, these people have been accused of trying to steal ~$5 billion from Medicare’s coffers.

Ofoegbu’s plea arrangement will net him a restitution fine of over $550,000, and he could face up to a decade behind bars. He will be sentenced in January 2013.

If you’ve recently been arrested – or come under investigation – for a Southern California white-collar crime, like healthcare fraud or insurance fraud, news reports like this may leave you quaking in your boots. If you have done “something wrong” (or many things wrong) – or you have been involved in shady business dealings – you likely have been far more invested in executing the scheme than in documenting all your potential legal violations.

As a result, you now probably feel flatfooted and underprepared. What crimes, exactly, have you committed? What laws did you and/or your associates violate? What are the typical penalties for those crimes? You need solid, clear answers to these and other vital questions.

Bearing that in mind, what can you do now to get a sense of where you are and stop the “freefalling” feeling that you’ve had, ever since you and/or your medical practice came under investigation?

The team at the Kraut Law Group in Los Angeles can draw upon a wealth of experience to help you and your family cope with the challenges ahead, legally speaking and otherwise. For years, attorney Michael Kraut served as a prosecutor of crimes like Los Angeles Medicare fraud. As a result of this vantage, he can guide you accurately and actively, so that you make strategic decisions and avoid panicking and accidentally making your situation even worse.

Get in touch with Mr. Kraut and his team today to begin to put your life back together.