Are you under investigation for committing Medicare fraud in Los Angeles or elsewhere throughout the Southland? 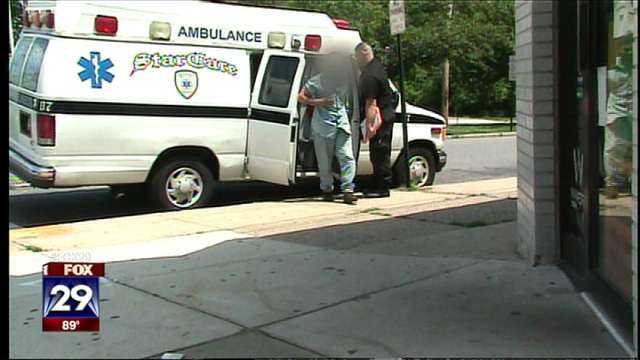 If so, you may find it instructive to read about the disappointing case of William V. Hlushmanuk, also known as “Bill Le,” a 35-year-old ambulance driver in Pennsylvania who has been charged with trying to defraud Medicare out of over $5.4 million, from 2006 to 2011. Last week, an indictment against Hlushmanuk was unsealed, hitting him with 21 charges of healthcare fraud on top of aiding and abetting in a false statement and conspiring to commit healthcare fraud.

Hlushmanuk, who had a criminal record, created a “straw owner” to open a service called Starcare Ambulance to transport kidney dialysis patients. These patients had the capacity to walk, so Medicare should not be required to pay for their transportation, but Hlushmanuk apparently worked out a scheme to bill the government anyway.

A conviction could lead to 10-year jail sentence — for each of the fraud and conspiracy counts! — on top of 5 years for aiding and abetting in false statements with a “cherry on top” of a quarter million dollar fine, on top of the $5.4 million forfeiture.

Not a great situation for Mr. Hlushmanuk.

If you have been similarly been charged – or come under investigation – for Los Angeles healthcare fraud, identify theft, or any other white collar crime in Southern California, you are likely going to need able, efficient, and compassionate legal assistance. Attorney Michael Kraut of the Kraut Law Group (based in Los Angeles) has the resources, knowledge, and connections to serve you. Mr. Kraut is a widely known and respected criminal defense lawyer who spent a significant percentage of his career (14+ years) as a city prosecutor before becoming a defense lawyer.