Last Monday, a federal government report announced that over $2.5 billion in Southern California Medicare fraud (and fraud elsewhere) was recovered in 2010. The 84 page report from the Justice and Health & Human Services found that the government’s anti-fraud programs appear to be working well – returning $5 for every dollar spent to combat fraud. Defendants have included hospitals, physicians, manufacturers of medical devices, and pharmaceutical companies. 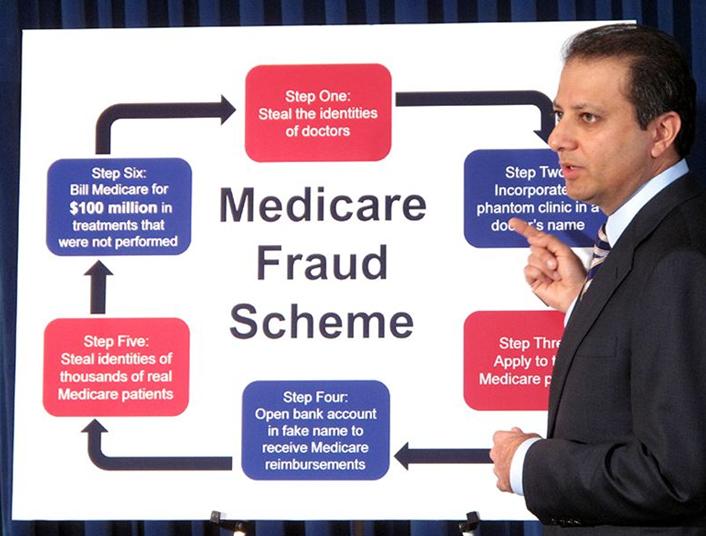 A CNN report singled out the fraud case of a Tustin, California CFO as “one of the most blatant cases” last year. The CFO pled guilty in April 2010 to charges of recruiting homeless people to engage in unnecessary services in exchange for kickbacks. He was one of 726 different defendants convicted for crimes like Los Angeles healthcare fraud and insurance fraud.

2011 may be an even more vigorous year for anti-fraud activists. The Justice and Health and Human Services report says that over 1,100 new fraud probes will be launched in 2011. 1,700 criminal investigations are pending. And the universe of potential defendants may expand to 2,000+ people. Since the late 1990s, the government has collected approximately $18 billion from individuals and institutions that have committed fraud against Medicare and other healthcare programs.

Both the media and the general public tend to leap to conclusions when they read about Los Angeles credit card fraud and Southern California white collar crime cases – they assume that (or at least a majority do) that the defendants must have done something wrong. Many independent surveys suggest that Americans’ faith in the fairness and accuracy of medical billing and insurance billing is, to put it lightly, less than total.

Unfortunately, this attitude – that someone arrested for Los Angeles medical fraud should be found guilty – can become a self-fulfilling prophecy, even if the defendant is innocent.

The reality is that white collar crime cases get exceptionally complex. They can involve multiple laws, codes and regulations. A chiropractor may accidentally commit Los Angeles chiropractic fraud without even knowing it simply because his or her billing set up was inaccurate. A small business owner under financial pressure may make a less than ethical decision or innocent mistake. In either case, if you’re convicted of healthcare fraud or a similar crime, you can face jail time, loss of your license to practice medicine or other professional license, huge costs (including, of course, forced reimbursement to insurance companies or government programs) and a general degradation of your professional reputation.

A Los Angeles criminal defense attorney, such as Michael Kraut of the Kraut Law Group, can provide an accurate and strategically-oriented defense. Attorney Kraut is Harvard Law School educated, and he has experience on both sides of Los Angeles white collar crime cases. Not only did he serve for 14 years as a prosecutor for the city, but he has also worked for several years as a defense attorney. His unique perspective and insight have proven quite useful for many white collar crime defendants.