Hundreds of drivers found guilty of a Los Angeles DUI are getting another (unwelcome) day in court. 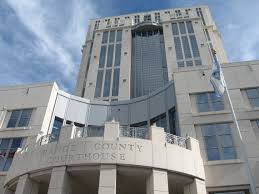 An investigation by county prosecutors and the FBI has revealed that a former court clerk may have fixed as many as 1,000 DUI and other misdemeanor traffic cases, deliberately reducing or wiping out punishments for convicted offenders while entering cases into the system.

According to news reports, the unnamed clerk in a back office in the Orange County Court House apparently altered the paperwork in hundreds of cases. The Orange County Register reported that the clerk recorded cases as dismissed when they were not and listed the wrong (reduced) penalties on case files. The phony resolutions listed in the case files meant that defendants had their punishments reduced or wiped out.

The problem came to light just three months ago, when a supervisor, doing a routine random check of case files, noticed a missing document in a DUI case. The manager went on to check all the other cases that clerk had handled, and he found inconsistencies in as many as a thousand of them.

The Los Angeles Times reports that the clerk’s actions appear to be part of a scheme that targeted Latino defendants.

The county prosecutor and the FBI, which are investigating the case, have not yet charged the clerk or anyone else in the case. The clerk no longer works for the court system, however.

Unfortunately for the defendants, they are not getting off with the lighter sentences. They have been called into court to face a judge, who is reinstating the original penalties in their cases. The judge is sending some defendants directly to jail if they have avoided serving their time so far.