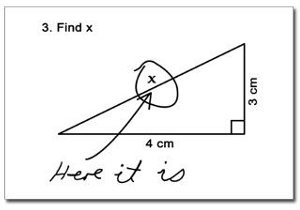 In Massachusetts, drivers who lose their driving privileges because of DUI convictions may also qualify for hardship licenses. This special kind of license allows people to drive during restricted hours (i.e., for work) as long as they also enroll in a special 24D alcohol program. If they’re pulled over a second time for a DUI and refuse to take a breathalyzer test, however, they lose their license for three years—no hardship exceptions allowed.

But that mandatory suspension only holds if the first DUI conviction occurred less than 10 years before the second arrest. WCVB in Boston recently reported on one case where a driver who refused the breathalyzer managed to snag a hardship license anyway. The reason? His first DUI arrest was more than a decade old.

This case is particularly frightening because police picked up the driver, Patrick Ellis, while he was behind the wheel of a tanker truck full of chemicals. The arresting officer said that Ellis staggered getting out of the truck and almost fell over—and threw a bottle of vodka into a snowbank.

Section 23612 of the California Vehicle Code requires drivers to take chemical tests for DUI under certain circumstances. Failure to take the test could lead to DUI refusal charges.