After U.S. lawmakers pressured Apple, the tech company has banned an app called “Buzzed” which revealed the locations of Long Beach DUI checkpoints (and checkpoints elsewhere) that police had not previously publicized. Apple also changed its online store guidelines to come into compliance with this new policy: “Apps which contain DUI checkpoints [such as Los Angeles DUI, Pasadena DUI, Glendale DUI, Burbank DUI, etc.] that are not published by law enforcement agencies that encourage and enable drunk driving will be rejected.” 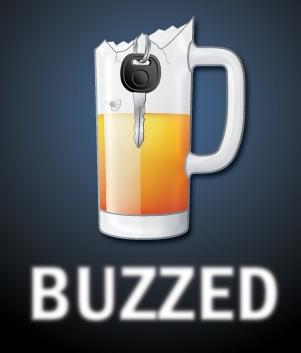 Senate Majority Leader Harry Reid (D) Nevada applauded Apple but encouraged the company “to take the next responsible step for removing all applications that allow unsafe drivers to evade police checkpoints.” Perez Hilton, for one, also applauded the Apple move: “It’s definitely a step in the right direction… we feel these apps only do more harm than good by putting other drives at risk. Not only will drunk drivers be drunk, but they will be fiddling around on their cell phones to avoid getting caught!”

Opinions about Apple’s move were far from unanimous, however. For instance, as techdirt.com points out, blogger Nick Gillespie built a powerful argument against the banning of apps like Buzzed: “police themselves regularly make this info available as a deterrent.”

Quoting from Gillespie’s blog now: “Some police departments actually support the data used in such apps because they reduce the number of drunk drivers on the road!”

Another blog post on reason.com argued that such apps (like Buzzed) actually minimize drunk driving and speeding – which is one of the reasons why police in places such as Travis County, Texas are the ones entering the information for DUI checkpoint apps such as Trapster. As a Travis County cop puts it, “If we can stop the problematic behavior without writing tickets or hauling people, everybody is better off.”

The pundits and techno bloggers can continue to debate the merits (or lack thereof) of Apple’s app ban. But if you or someone you care about has recently been pulled over at a Long Beach DUI checkpoint, you have fewer intellectual concerns and more practical ones. A Los Angeles criminal defense attorney, such as Long Beach’s Kraut Law Group (444 West Ocean, Suite 800 Long Beach, California 90802 Phone: (562) 531-7454), can inform you, help you understand your rights and responsibilities, and develop an astute and aggressive strategy to clear your record and defend your interests.