If you’ve been charged with the crime of Medicare and Medical fraud in Los Angeles, here is what not to do: 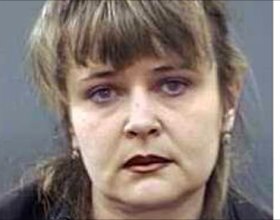 Do not ignore your charges and flee the country!

This advice should be obvious enough, but 49-year-old Irina Shelikhova, who’s suspected in a giant $70 million Medicare fraud scam in New York City, chose to ignore this common sense.

Shelikhova got arrested at John F. Kennedy Airport in New York City in the middle of June, after returning to the U.S. from the Ukraine. She fled in July 2010, after being indicted along with 10 other people (including her adult son, Maksim) for bilking Medicare out of approximately $70 million.

She had managed Bay Medical and two other clinics near the Bay Parkway — she helped to run and operate the big scam. Here’s how it worked. Patients would come in and receive money from Medicare for physical therapy and other procedures that were never actually provided. They were, however, billed to the federal government as claims.

In one unbelievable situation, a single patient – an 82-year-old woman – made 3,744 Medicare claims. Other patients came for phantom therapies three times a week for over a year.

Eventually, however, federal investigators clued into what had been going on and shut down Bay Medical and arrested 15 people who participated in the scam. Shelikhova was “the one that got away.” A special agent with the federal inspector general’s office, Thomas O’Donnell, called the case “significant” and, in what might win a prize for understatement of the year, said “nobody needs that much physical therapy” (e.g. the 82-year old 3,744 “treatments”).

FBI agents were waiting for Shelikhova when she showed up at JFK on June 14. She is being held without bail at a Detention Center in Brooklyn; her charges include healthcare fraud, money laundering, and conspiracy to pay healthcare kickbacks.
Lessons to extract, if you face Los Angeles Medicare, MediCal, or other healthcare fraud charges:

It’s understandable why someone like Shelikhova had the desire to flee the country. Getting convicted for healthcare fraud, conspiracy, money laundering, or other California white-collar crimes can result in massive jail sentences, the complete destruction of your professional reputation, huge fees and fines, and beyond.
Fleeing law enforcement can actually make your ultimate punishments worse and more painful.

It’s far better to understand what you might be up against and to prepare for it as strategically and carefully as possible. Let the team here at our Los Angeles white-collar crime law firm, the Kraut Law Group, help you build and execute a smart legal response. Mr. Kraut understands what prosecutors think, since he actually was one… for over 14 years. As a Harvard Law School educated lawyer with a diverse background and a great reputation among his legal peers, Mr. Kraut can help you achieve great results.