Brookhaven, Mississippi, may not be a trendsetter in many areas, but when it comes to enforcing laws against DUI drivers, the town is taking an unusual step—hiring a police officer whose main responsibility will be traffic and DUI enforcement. If other jurisdictions throughout the country copy that action, more Californians could end up requiring the services of a Los Angeles DUI attorney. 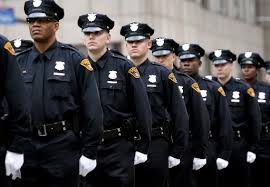 An article on DailyLeader.com, which serves southwest Mississippi, reports that the Brookhaven Police Department is hoping for state aid—specifically a grant from the Mississippi Office of Public Safety—to fund the new position. The BPD Commander, David Johnson, said the department was concerned because of the increasing number of DUI fatalities in the area. The BPD made 28 arrests for DUI in all of 2014, and so far in 2015 it has flagged five motorists for DUI.

There have also been 172 traffic accidents this year.

Other police departments are using special training to boost the number of DUI arrests in their jurisdictions. In Windmere, Florida, a wealthy suburb of Orlando, the police department increased the number of people charged with DUI by almost 500 percent in 2014. They collared 59 DUI drivers that year, compared to only 10 in 2013.

According to the Orlando Sentinel, Windmere Police Chief David Ogden instituted new training for police officers on DUI protocols. The officers have learned how to follow procedures that help establish probable cause for such arrests. The department has also hosted the National Highway Safety Administration’s three-day course on DUI enforcement.

Officers aren’t the only ones getting specialized training. In Riverside County, California, a specially-trained DUI Vertical Prosecution Team handles such cases from arrest through prosecution. This program, funded by grants from the California Office of Traffic Safety, underscores the importance of having specially trained and experienced attorneys representing defendants in DUI cases.