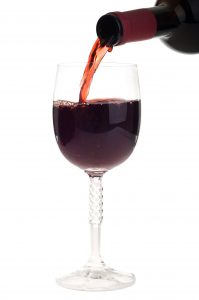 Damien (not his real name) sat sullenly in the office of the licensed counselor. Recently arrested for the third time on domestic violence charges against his girlfriend, he was disgusted at his own behavior—and surprisingly puzzled and baffled at his uncontrolled impulses and where they had landed him. Frustrated, he asked the counselor one of the most common questions asked by DV defendants: “How did I get here?”

The counselor asked a question that threw Damien off guard: “Were you ever bullied as a child?”

It may come as some surprise to the average person that many domestic violence offenders are nearly as shocked and dismayed by their own behavior as their victims and any onlookers are. Very few DV defendants set out intentionally to become violent; rather, a disagreement gets out of hand, emotions boil, anger turns to rage and the argument suddenly turns physical—not out of a premeditated sense of hate, but more out of a pre-programmed impulse. When logic catches up, the perpetrator often feels a sense of shock and self-loathing, leading to profound sorrow, apology and promises of change—until the cycle of violence begins again. When an arrest interrupts this cycle, it often occurs at the “shock” stage, which is why so many arrested for domestic violence appear to be almost surprised themselves.

Bullying May Play a Role

A broad scope of research has linked violent behavior to factors like childhood abuse, PTSD and related traumas. However, recent studies have also suggested that people who are bullied as children may also develop mental illness and aggressive tendencies. Consider the following:

• Healthline reports that a study following two groups of children in the U.S. and the U.K. concluded that children who experienced bullying from their peers were statistically likely to develop more severe mental health problems than those who suffered abuse at home.

• Another relevant study examined a cross-section of college students and found those who had been bullied were at higher risks of developing PTSD, along with depression and anxiety.

• Somatic psychologist “Suzanne Babbel, Ph.D., M.F.T. writes in Psychology Today that childhood bullying may play a significant role in the onset of adult PTSD, which can lead to aggressive or violent behavior. “Post Traumatic Stress Disorder was traditionally considered to be a disorder that arose from a single traumatic incident,” Babbel writes. “However, in recent years, experts have begun to identity a second definition for PTSD that allows for the victims of repeated traumatizing incidents. Bullying falls into this category.”

• An article in Tonic echoes these conclusions. Summarizing several studies, the article points out that victims of bullying in their childhood and teen years can suffer mental and physical health issues late into adulthood. Bullying victims are also more likely to develop criminal behaviors.

Drawing from this data…this pattern of bullying that many people dismiss as a “rite of passage” may do far more damage than we care to admit. It’s not a guaranteed predictor, of course, but if you are facing domestic violence charges and wondering “how did I get here?”—if you were bullied as a child, don’t write it off as insignificant. It could be playing a greater role in your current circumstances than you thought.

Another contributing factor in many domestic violence situations may be the repeating cycle of bullying itself. According to data compiled in Ditch the Label’s Annual Bullying Survey for 2016, victims of bullying are up to twice as likely to become bullies themselves eventually. The emergence of cyberbullying seems to be making the problem even worse. According to a recent study reported by PsychCentral, teens who are bullied by a combination of in-person encounters and online are twice as likely to develop aggressive behaviors as those who experience just one form of bullying.

Why does this information matter? Quite often, domestic violence often comes out of bullying behavior, in which one family partner bullies another. In fact, here in California, you can be charged with domestic violence without even striking your partner physically. If you merely threaten to harm or kill another person, either verbally or in writing, to the point of convincing that person that the threat is real, you may be arrested on the charge of Criminal Threats under Penal Code 422 PC. Threats of this nature are the bread and butter of bullying behavior. Thus, if you were bullied as a child and have developed a tendency to bully others as a result, this tendency may have contributed to whatever domestic charges you might be facing now.

At this point, we should reaffirm that we all bear responsibility for our own actions, regardless of what happened in our past. If you were abused as a child, bullied or otherwise traumatized, you can’t use these realities to excuse aggressive or violent behavior as something out of your control—and certainly the law doesn’t support that logic. However, if you recognize that these factors may play a role in answering the question, “How did I get here,” you have a starting place to find a way to break the cycle of violence that perhaps led to your recent arrest. Some ways you can use this information to your advantage:

• Seek professional counseling from a licensed therapist. Inform the therapist about your past as a bullying victim so the therapist can use it to inform a plan of recovery.

• Attend an anger management program. Look especially for programs that use techniques like cognitive behavior therapy, rather than desensitization or “get-in-touch-with-your-anger” techniques which Psychology Today suggests may even be counterproductive.

• Attend group therapy and accountability groups. You can approach this one from the angle of seeing support as a former bullying victim, accountability to prevent bullying behavior, or both.

If you are facing domestic violence charges and need effective legal representation, we are here to help you through it. Call our offices for a consultation today.