Let’s face it: Getting charged and convicted of a Southern California DUI can ruin your day and radically alter your life’s course. Thus, it’s not surprising that defendants charged with crimes like DUI in Pasadena, DUI in Burbank, Glendale DUI, or Los Angeles DUI resort to contrivances to protect their freedom and avoid trouble. Often, prosecutors can break down bizarre and nonsensical defenses easily, but a recent acquittal out of Missouri has many experts in Southern California and across the nation scratching their heads and engaging in heated debates in internet forums. 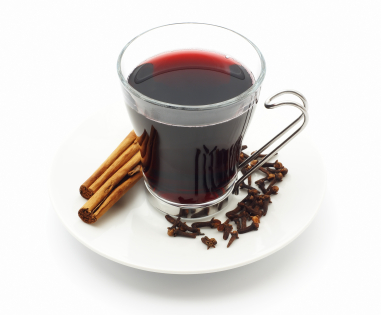 A Missouri man, Thomas Drummond, got acquitted of charge of Missouri DUI last week based on the argument that he had been drinking “to keep warm” in the wake of an accident. According to reports, Drummond had been driving near Jackson, Missouri, when his truck slipped off an icy road into a culvert. Panicked, the man text messaged his girlfriend on a dying cell phone and alerted to her his predicament. He then opened a bottle of brandy he had stored in his car and began drinking the alcohol to “stay warm” until authorities could help him out of the ditch. When the police finally showed up at 4 a.m., they found Drummond “unresponsive” and tested him via a breathalyzer. His BAC tested at 0.148% – nearly twice the Southern California DUI legal limit of 0.08%, as defined by California Vehicle Code Section 23152(b).

Drummond claimed that he had not drunk before he got into the crash, so he should not be hit with the DUI. After a jury in Cape Girardeau County heard testimony from five witnesses, the DUI charge against him was dropped.

Drummond is not the first person to make this “I got drunk to stay warm” defense. Joe Giudice, one of the stars on Real Housewives of New Jersey (on Bravo), claimed that one night, after flipping over his truck, he consumed several shots of whisky to still his nerves. By the time the police arrived, he was clearly under the influence. But Giudice did not make out as well as Drummond did. His DUI cost him $864 on top of a one-year driver’s license revocation and 30 days of community service.

Of course, this kind of defense is far less likely to occur in Los Angeles, where temperatures rarely if ever dip below 40 degrees, even in the dead of winter. Another thing to remember: drinking alcohol “to stay warm” can actually precipitate serious medical problems, including hypothermia. Consumption of alcohol will dilate your blood vessels, meaning that the warm blood at your core will rush to your extremities. This explains why drinking gives you a feeling of being “flushed.” And while that flush may feel good and may feel like it’s helping, that heat is coming from somewhere – the inside of your body. What this means is that your body is more rapidly cooling off – potentially a fatal development if you are in seriously dire straits on the side of a cold road somewhere.

In any event, if you face a charge of DUI in Los Angeles, your best strategy is to connect with a lawyer who can provide crucial guidance. Look to Los Angeles criminal defense attorney Michael Kraut, a Harvard Law School educated lawyer with a terrific track record and excellent reviews both from past clients and from his legal peers. As a former prosecutor (14 years working for the city), Attorney Kraut has the skills, wherewithal, and resources to deliver superior and effective representation.