As someone who was recently been arrested for petty theft in Los Angeles, you’re feeling pretty depressed and terrified. Will you go to jail? Will you be stuck with a criminal record? Will you get fired from your job or get expelled from school? And so forth. 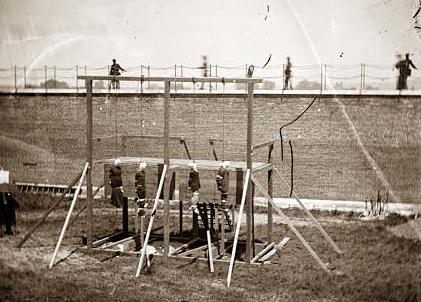 These fears are all reasonable. If you take a less than strategic approach to your petty theft defense, pretty serious punishments can await you. Fortunately, however, you were arrested for petty theft in Southern California and not in Iran.

According to a recent news report, two men who robbed a man with a machete at a market were just publicly hanged for their crime in front of a huge crowd. An Iranian judge accused Alireza Mafiha and Mohammed Ali Sarvari of “waging a war against God” and sentenced them to hang in public. Amnesty International says that Iran executes more people, annually, than almost any country on Earth. Although capital punishment is legal in the Golden State, it’s usually reserved for extreme situations, i.e. for people who commit extremely violent crimes, such as murder. But it’s never, ever used to deal with a petty theft.

All that said, the state can still punish you pretty harshly, particularly if you’re a recidivist offender or if you committed the theft crime in conjunction with other crimes, such as burglary, assault, fraud, resisting arrest, etc.

In fact, if you collect two misdemeanor petty theft convictions within a span of a few years, prosecutors can charge you with a felony the second time. Convicted felons face a tremendous black mark on their records as well as the possibility of spending over a year behind bars.

That sentence can be yours — at least theoretically — even if you just shoplifted a bottle of Tide.

Obviously, our justice system is more flexible and compassionate than the one they have in Iran — to wit, the head of the Iranian judiciary recently said “the issue of security for our people is more important than even daily bread.”

But to make the system work effectively, you may find it resourceful to connect with an experienced Los Angeles petty theft attorney, like Michael Kraut of the Kraut Law Group. Connect with Mr. Kraut and his team today to understand what you might be able to do to protect your rights and make progress on your case.