Most drivers arrested for a Los Angeles DUI prefer keeping the legal proceedings quiet to avoid possible employment and social repercussions. But when an alleged DUI driver hits a utility pole, knocking out power to hundreds or thousands of people, it can be harder to keep the arrest under wrap. 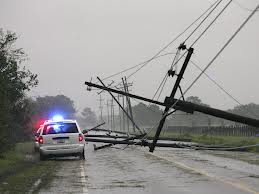 At least some of Avista Utilities’ customers in North Spokane, Washington, have probably heard the name Hailey Barker in conjunction with DUI. The 20-year-old driver hit a telephone pole around 7:45 p.m. on Sunday, April 19th. More than 300 customers lost their power, some for a few hours and some for almost 10 hours. Fans of country music, who missed out on the 50th anniversary broadcast of the Country Music Awards, were probably not displeased to learn that police arrested Barker on suspicion of DUI and impounded her car.

Across the country, in Burlington, Vermont, John D. Callahan went up against not one utility pole but two on earlier that same day. Police found the 24-year-old man in his car, surrounded by downed wires, at a pole on Hinesburg Road around 3 a.m. Callahan’s roadside breath test registered 0.176 blood alcohol content, but the driver refused to take an evidentiary blood test during processing on a DUI charge. Green Mountain Power responded to the accident scene to restore power.

Finally, in Omaha, Nebraska, 29-year-old Darrell McElderry led police on a high-speed chase before hitting a street light and sending electrical wires onto 13th Street. Police arrested him early Sunday morning for a third-offense DUI, driving on a suspended/revoked license and driving the wrong way on a public road.