Police erected Los Angeles DUI checkpoints around the city throughout Super Bowl weekend. Super Bowl Sunday is known for its high DUI rates, which are similar to the arrest rates for holidays such as St. Patrick’s Day, New Year’s Eve, and Valentine’s Day. According to a new article in Forbes, drivers can take advantage of two powerful tools to protect themselves and others on the road during what some authorities have been cheekily calling “drinking season,” the stretch of the year from December to March that includes some of the most dangerous holidays for DUI. 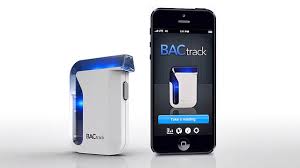 So what can be done to deal with this societal problem? The mobile apps, BACtrack and Uber, could help us collectively crack down and save lives. Consider the following statistics:

Thanks in part to highway patrol checkpoints and PSAs, awareness about DUI driving dangers has spread recently. Many cities in the Southland and beyond hosted extensive DUI checkpoints starting the Friday before Super Bowl Sunday. The Auto Club of Southern California also provided a “Tipsy Tow” service free for anyone who lived within a 7 mile radius of the pickup location.

The wildly successful (and somewhat controversial) rideshare program Uber, meanwhile, claims that the company can help gimp DUI rates by simplifying and streamlining the “designated driver” concept. To Uber’s credit, statistics show that DUI related accidents have indeed been declining in cities where Uber offers its services.