At what point should the law say “enough is enough” when it comes to Los Angeles DUI arrests or convictions? 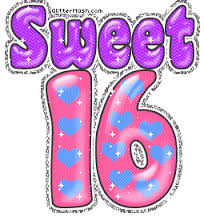 Obviously, almost any person – no matter how vigilant or careful – can make a misstep or can find himself or herself in the wrong place at the wrong time. If police arrest you once or twice or maybe even three times, you can potentially chock up your problems to bad luck or a lack of impulse control.

But what happens if police arrest you five or ten or even 16 times?

First off, California DUI law is structured to preclude such a terrible eventuality. For every subsequent conviction, within ten years, your penalties get increasingly stringent. Even after just one misdemeanor DUI – in which you hurt nobody and break no other traffic rules – you could still get several days’ worth of jail time, substantial fines and fees, forced alcohol school, license suspension and intense probation terms. Subsequent arrests and convictions can lead to major escalations in punishments. For instance, if you are arrested three times within 10 years, prosecutors can automatically ask for a felony charge for what ordinarily would have been a misdemeanor – meaning that you might spend a year or more behind bars for what ordinarily might have only netted you a few days or even hours in jail.

In that context, let’s check out what happened to a Colorado man, Danny Lovern, a 57-year-old who recently netted his 16th DUI conviction.

According to local reports, a grand jury in Arapahoe County just indicted Lovern not only on DUI but also on eight other charges, including attempted manslaughter and first degree assault. A local District Attorney, George Brauchler, put the situation into context “by the time someone achieves five, ten, fifteen DUI convictions, they have reached a rarefied air that puts them in 1% of the population… and this is no longer a matter of “hey should we send him to jail for a year? Let him get out and then pour themselves back into the car to drive recklessly through our community?” We are not going to do that anymore… We are going to take a more aggressive approach to this, and treat it for what it is.”

Unlike California, Colorado does not treat multiple DUIs as felonies. Only four other states in the Union are like that.

If you stand accused of a recidivist DUI in California, you do need to be concerned about a potential felony count.

Fortunately, you are not without resources. The team here at Los Angeles’s Kraut Law Group can assist. Mr. Michael Kraut is a highly qualified Los Angeles DUI criminal defense attorney with nearly 20 years of experience as a prosecutor and criminal defense lawyer.